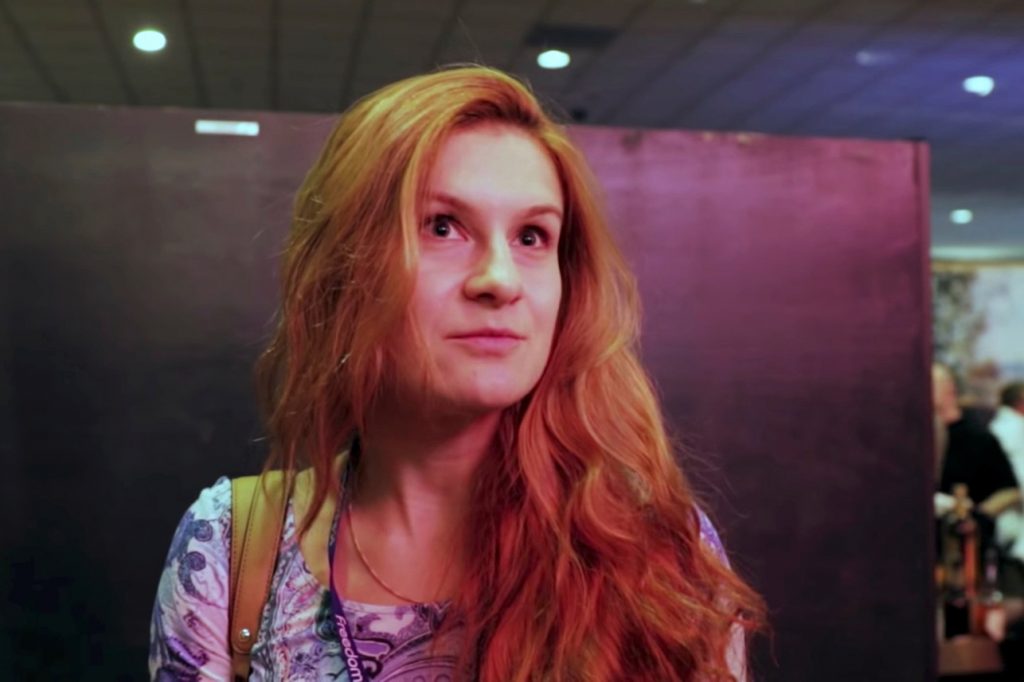 Russian agent Maria Butina is due to be released from prison Friday — and immediately escorted back to the Motherland, according to her lawyer.

Butina, a pro-gun activist who infiltrated conservative political circles as a secret agent for the Kremlin, will be released from a low-security prison in Tallahassee, Fla., where she was serving 18 months for working as an undeclared agent of a foreign government without registering in the US.

The red-headed inmate will be sent packing back to Moscow accompanied by two Immigration and Customs Enforcement agents, her lawyer, Robert Driscoll, told the Washington Examiner.

However, he said he has been kept in the dark over her exact itinerary — knowing only that she will get to make one call before boarding her final connecting flight home.

“They tend to do these things like they’re moving a nuclear bomb, and they’re not,” Driscoll complained of US officials’ secrecy.

Butina, 30, has picked an outfit from Amazon to replace her prison uniform, the lawyer said, without giving details on her get-up.

She “didn’t want to deal with” with bags, he told the paper of her plans to travel light.

“My thought would be that she’ll fly to Atlanta, bounce to Europe somewhere, and then fly to Moscow, and get there midday Saturday,” Driscoll predicted to the outlet.

Once he gets the call, he can let the secret agent’s father know what flight she is on so her family — including her sister and mother — can meet her off the plane in Moscow, he said.

“She might stay in Moscow for a night,” Driscoll said, before the family travels home to the Siberian city of Barnaul.

The Russian Embassy in Washington had previously warned that the expulsion process could take “several days” with her kept in a “deportation center.”

“They have no idea, they’re calling me,” Driscoll insisted of the Russian officials’ predictions.

Butina pleaded guilty last December to conspiring with a senior Russian official to access the NRA and other groups from 2015 until she was arrested last July. She said she was “ashamed and embarrassed” by her actions — but always maintained she was not a spy.

She admitted to working with Paul Erickson, her GOP operative boyfriend, “to establish unofficial lines of communication with Americans having power and influence over US politics … for the benefit of the Russian Federation,” according to court papers.

Erickson, who managed the 1992 presidential campaign of Pat Buchanan, was indictedin February in South Dakota over what the feds said was an unrelated investment fraud scheme.

In her plea papers, Butina said she worked under the direction of former Russian government official Alexander Torshin, a lifetime NRA member.

She did not admit to and was not charged with espionage.