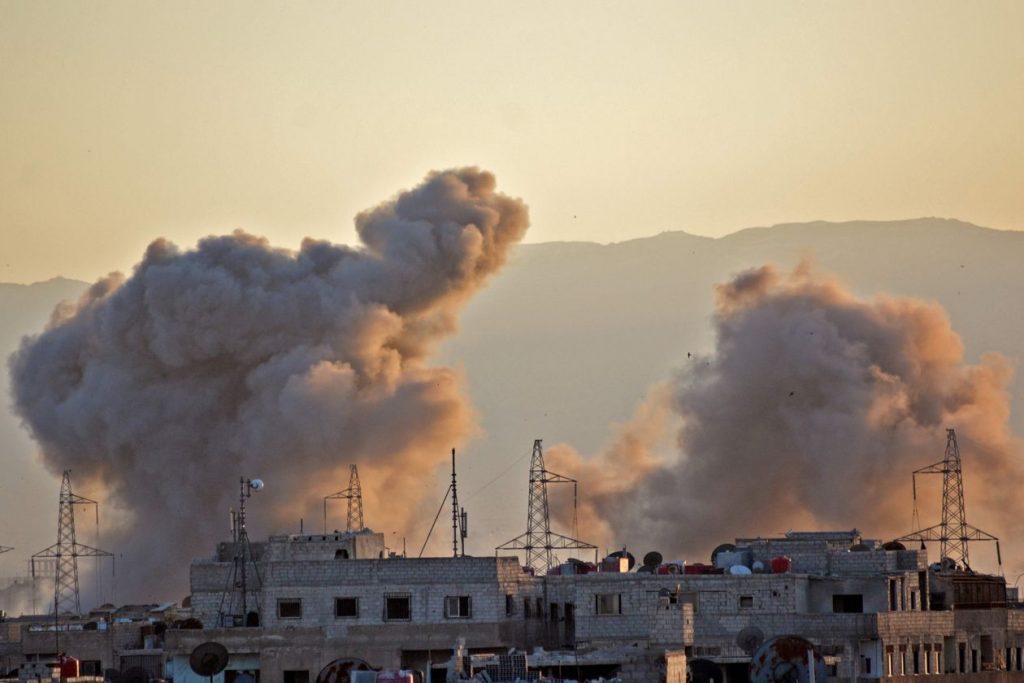 The action announced by the U.S. Treasury Department is designed not only to disrupt fuel deliveries to Syria, but to highlight Russia’s military support for a government accused by the U.S. and others of committing war crimes.

The move came as the U.S. accused the Syrian government of carrying out another chlorine attack, in May, according to a new U.S. intelligence assessment. That adds to several years of incidents under investigation by the international watchdog agency, the Organization for the Prohibition of Chemical Weapons.

President Bashar al Assad’s “despotic regime is under an international spotlight for using chemical weapons and committing atrocities against innocent Syrian civilians, and they rely on these types of illicit networks to stay in power,” said Sigal Mandelker, Treasury’s undersecretary for terrorism and financial intelligence.

The Russian embassy in Washington, the Syrian mission to the United Nations and the blacklisted firms didn’t respond to requests for comment.

The sanctions may bolster efforts by the U.S. and other countries seeking a cease-fire in a Syrian government offensive in the province of Idlib, where assaults by Assad forces backed by Russian aircraft have allegedly killed more than 1,000 civilians in recent months. The U.S. often uses sanctions as diplomatic leverage in building international support for foreign policy goals.

Western diplomats meeting on the sidelines of the U.N. leaders summit this week to discuss the proposed cease-fire are hoping to give a Syrian constitutional panel a chance to make headway.

The U.S. and Western allies have pushed in the past for the United Nations to censure Russia for Moscow’s financial and military backing of the Assad regime, saying Kremlin support makes it complicit in Mr. Assad’s atrocities, including the chemical weapons attacks. But Russia has successfully wielded its veto power on the U.N. Security Council to block such efforts.

“Russia’s support of the Assad regime enabled its continued bombing campaigns that destroyed numerous hospitals, schools, and public spaces, resulting in civilian deaths,” the U.S. Treasury said in a statement.

Maritime Assistance was named in a federal indictment last year against five Russians and three Syrians as the company used by previously sanctioned Russian firm Joint Stock Company Sovfracht to hide its role in shipping fuel to Syria in violation of U.S. sanctions. The fuel, according to the federal prosecutors, was used by the Russia fighter jets and other military aircraft sent by the Kremlin to support Assad forces battling opposition groups.

Although the firms and individuals were operating outside the U.S, their use of the dollar exposed them to U.S. prosecution. The Treasury blacklisting not only bans transactions with U.S.-based companies and people, but also complicates their operations overseas.

Sovfracht and its parent company were also involved in providing logistical support to Russian forces involved in the occupation of Ukraine’s Crimea region.