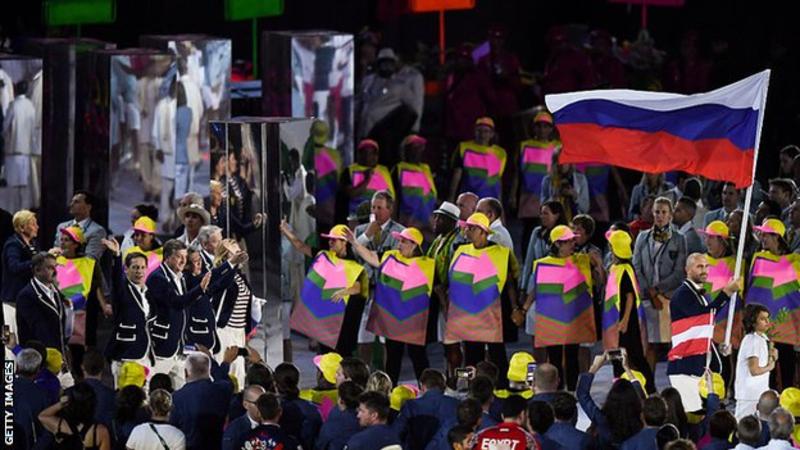 Russia could face a ban from all major sports events over “discrepancies” in a lab database, the World Anti-Doping Agency has warned.

The country has been given three weeks to explain “inconsistencies” or risk being excluded from the Olympics and world championships.

“We need to understand from the Russian authorities what their explanation is.”

Russia handed over data from its Moscow laboratory in January as a condition of its reintegration back into the sporting fold after a three-year suspension for a state-sponsored doping programme.

But on Monday Wada said its executive committee had been informed that a formal compliance procedure had been opened over the discovery of “inconsistencies”.

“This is hypothetical at the moment, but if the experts maintain their current view, then the compliance review committee will make a recommendation to send a notice to Rusada asserting ‘you’re non-compliant’ and proposing consequences,” said Taylor.

Taylor emphasised that under a new set of rules, Wada now has the power to apply such punishments, but also explained that if Russia were to appeal, the case would ultimately be decided by the Court of Arbitration for Sport (Cas).

“Everyone has agreed they will enforce what Cas agrees,” he said.

“We’ve got to be very careful. Procedure has got to be followed. We can’t prejudge the outcome.”

The International Olympic Committee (IOC) rejected Wada’s recommendation to ban Russia from the 2016 Olympics in Rio following the doping scandal, but suspended the team from the 2018 Winter Olympics in Pyeongchang, with athletes forced to compete as neutrals.

On Monday the International Association of Athletics Federations (IAAF) confirmed its decision to uphold a ban on Russia just four days before the start of the World Championships in Doha after hearing a report from its task force overseeing the country’s reinstatement efforts.

But Russia now faces the prospect of being excluded from many other events, including next year’s Olympics in Tokyo and football’s 2022 World Cup.

Taylor said Wada’s new sanctioning powers justified the highly controversial decision to reinstate Rusada in January before the data could be analysed.

But Linda Helleland, Wada’s outgoing vice-president, said: “The reason I, along with Oceania, voted against Russia’s reinstatement back in September of last year, was because we first wanted to assess all the data given, and then decide whether Russia should be rendered compliant or not. This would have been the right way to proceed.

“This process has already stripped the sports bodies of a lot of credibility. We owe it to all the fans and athletes around the world to at the very least try and restore some trust.”

Rob Koehler of Global Athlete, a group that has been critical of Wada’s handling of the crisis, said his members were “furious”.

“The time has come to demand resignations from Wada’s leadership because they have shown they are not fit for purpose.

“I hope I, along with the athlete community, am proven wrong, but this entire ordeal will play out in favour of Russia as it has done all along with no meaningful consequences.”

‘This is a test for the new system’

Taylor said he had “no concerns” that 47 disciplinary cases already referred to international sports federations would be undermined by the database discrepancies, but others may be affected.

“There will be cases where it looks like the data has irretrievably gone, and in those then potentially a cheat is going to escape.

“But then the job is for Wada to respond to that action. If the experts say it was deliberate deletion of data…

“The problem will be if Wada and its stakeholders don’t pursue and don’t get proper sanctions, but this is a test for the new system.

“Obviously if the experts say the Russians have deliberately tampered with this evidence, of course it’s disappointing. But the question now is how is Wada and its stakeholders going to respond?

“If they are able to respond in a way that sends a clear message that this kind of conduct carries severe sanctions, that’s all you can do.

“You can’t stop cheating. You can only make sure you’ve got a system that allows you to respond to it.”

In comments reported by the Russian news agency Tass, the country’s sports minister Pavel Kolobkov said: “What exactly are these discrepancies and what are they related to?

“Experts in digital technology from both sides are already in collaboration. For our part, we continue to provide all possible assistance.”

Russia had missed deadlines to hand over the data before finally granting Wada access to the Moscow anti-doping laboratory in January.