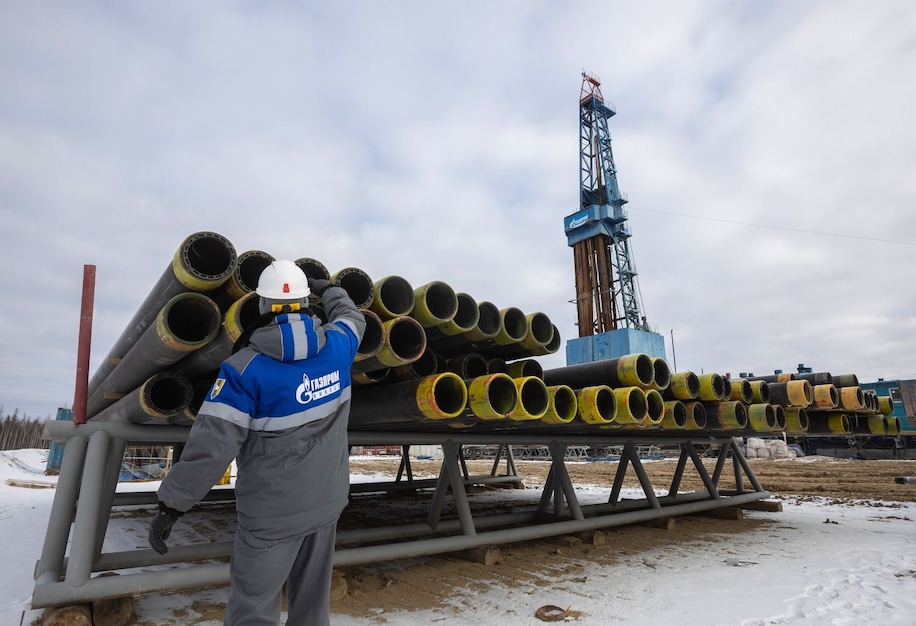 The United States and other democracies around the world rightly responded to Vladimir Putin’s invasion of Ukraine by imposing new sanctions on Russia’s financial system, oil and gas exports, and certain individuals. These sanctions are more comprehensive than any other effort undertaken by the free world against a dictatorship the size of Russia.
They have certainly weakened the Russian economy. But only the most optimistic believed that sanctions would persuade Putin to change his mind and withdraw his army from Ukraine. Instead, the purpose of these sanctions should be to limit Russia’s capacity to wage this war against Ukraine — to compel, not persuade, Putin to end his invasion. To date, there have been some successes, but the experience of the past six months also shows that there is much more to be done. We have several suggestions for measures that we think are worth taking.

Over the long run, the exodus of tens of thousands of Russian high-tech workers triggered by Putin’s war also will further diminish Russia’s military industrial base. Moving forward, the West should do more to facilitate a massive Russian brain drain. Democratic countries should make it easier to accept Russian immigrants with technological expertise through a variety of residency and economic incentives. Europe and the United States must also make it easier for political and media opponents to Putin’s regime to immigrate, to help further divide Putin from the Russian people.

Sanctions also have interrupted foreign direct investment, causing food, drug and material shortages. Impressively, roughly a thousand foreign companies have exited Russia; most will never come back. This doesn’t just affect the range of available goods and services; it will also diminish technology transfer and innovation in a wide range of industries throughout Russia, especially in the energy sector.

But more should be done. Democratic governments must put more pressure on their companies that have not left Russia yet. Foreign enterprises helping Putin’s war machine, even through the simple act of paying taxes, should face sanctions, too. The international community also should compel countries such as Turkey, Georgia and Kazakhstan — which are currently helping to bypass existing sanctions — to halt ongoing smuggling operations.

Sanctions on Russian individuals have produced real and lasting results. The lengths to which Russian oligarchs have gone to circumvent or get off the sanctions list suggest that sanctions are working.

Yet sanctions have still not been imposed on thousands of Russian officials, party leaders, regional government heads, board members of Russian state-controlled enterprises, propagandists and celebrities supporting the war. It’s time to add them to the list. Individuals in third countries helping Putin — such as former oligarch Bidzina Ivanishvili, the de facto ruler of Georgia – should know they, too, will face sanctions unless they stop supporting Putin’s barbaric invasion. Any individual supporting Russia’s war in Ukraine, even if indirectly or passively, should pay a cost.
To date, sanctions have been ineffective in targeting Russia’s fossil fuel exports, the primary source of income for Russia’s war effort against Ukraine. Tragically but predictably, Putin’s war dramatically pushed up global energy prices, producing short-term windfall profits for the Kremlin. Western leaders also consciously left in place loopholes in the sanctions regime so that that governments and companies could keep purchasing Russian energy. (Left untouched, for example, was Gazprombank, a key financial institution for Russia’s state-controlled natural gas corporation.)
The good news here is that more is already planned. By the end of the year, the European Union plans to make drastic cuts in fossil fuel imports from Russia, and the Group of Seven aims to implement an innovative idea of capping the price of Russian oil exports worldwide. The prospect of this price cap is already compelling Russia to sell oil at discounted prices. Democratic government leaders around the world must credibly signal their readiness to pressure their banks, insurers and shipping companies to enforce the price cap. Consumers living in the free world have to stop financing Putin’s war by buying Russian oil and gas.
Finally, democracies must signal their intention to maintain sanctions for as long as it takes to achieve three outcomes: Ukraine must regain all of its territory, including Crimea; Russia must pay war reparations to Ukraine in full; and Russian war criminals must be brought to justice. Leaders of the free world must avoid the temptation to offer partial sanctions relief for incremental changes in Russia’s war efforts, and they should never do anything regarding sanctions relief without endorsement from Ukraine’s government.
Expanding and sustaining sanctions will be costly to the United States, Canada and Europe. But this is the price we must pay for decades of failure to act against Putin’s authoritarian and imperial ways. Fortunately, nations of the free world pay this cost solely with money; Ukrainians are paying with blood.
By Garry Kasparov

Garry Kasparov is chairman of the Renew Democracy Initiative and the Human Rights Foundation. Michael McFaul is director of the Freeman Spogli Institute for International Studies, a Hoover fellow at Stanford University and a contributing columnist to The Post.