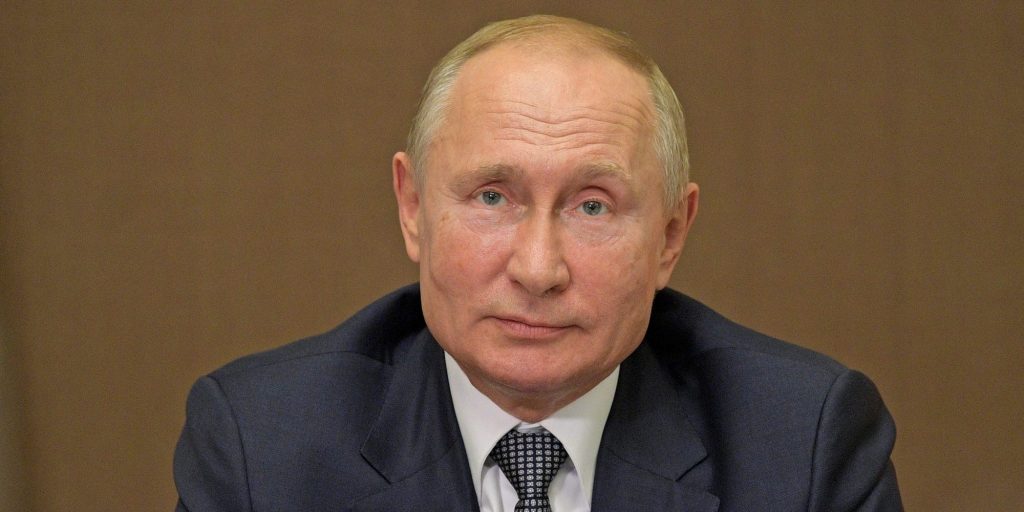 Russian President Vladimir Putin has wasted no time in seizing on the discord that US President Donald Trump and his allies have sowed about the 2020 election.

On Monday, Putin said he will not congratulate President-elect Joe Biden on his victory, claiming the election results are not clear. Biden has been the projected winner for more than two weeks, and multiple states have since certified their election results.

More importantly, Putin weaponized Trump’s conspiracy theories about the election to denigrate the US’s support of free and fair elections around the globe.

Since Trump lost the election, he and his loyalists have made baseless claims of widespread voter fraud and election-rigging, and they’ve concocted a vast conspiracy in which the Democratic Party worked with “big tech” and “big media” to hand Biden the election.

None of these claims hold merit, and as Insider previously reported, this election was the safest and most secure in US history because of the use of paper ballots and voting machines with verifiable paper trails. The Trump campaign and Republicans have also filed nearly two dozen legal challenges seeking to overturn the election results and haven’t won a single case.

But that hasn’t stopped Putin from putting his thumb on the scale in favor of Trump’s allegations. “It’s totally obvious, it’s clear for everyone in the world, it seems to me, that for Americans it’s clear that there are problems in the US electoral system,” he said on Russian state television, according to The Wall Street Journal. Putin added that those purported issues take away the US’s right to “point their finger at flaws in other political systems.”

The Russian leader, who has been in power for two decades and who in July got one step closer to being president for life, has long been criticized by the US for his antidemocratic principles and violent crackdowns on opposing political parties, dissidents, and independent journalists. In retaliation, Putin often employs a classic Soviet propaganda tool known as “whataboutism” to portray the US as being on the same moral plane.

“Whataboutism” serves Putin by allowing him to take the position that it’s not America’s role to “lecture Russia on democracy when it has had such a poor track record of establishing them on its own watch,” Vadim Nikitin, a Russia analyst and freelance journalist, told Insider in a previous interview. Most of all, Putin’s finger-pointing at the US’ own foibles is part of an effort to force others to “accept all sides as morally flawed,” he added.

Trump’s refusal to concede the election and paint the US system as rigged and unfair “plays directly into Putin’s primary objective, which isn’t necessarily to get a specific person elected, but to sow discord and reinforce the view that American democracy doesn’t work well,” John McLaughlin, the former acting director of the CIA, told Insider. “If he can make the point that our system doesn’t work well, that takes the pressure off of him to go to a really democratic system, because he can point to the United States and say, ‘Well, if it doesn’t work there, why would you want me to do that?’”

The US’s electoral turmoil and rocky transition period are “absolutely a welcome distraction” for Putin, McLaughlin said. That’s especially true now, given that Putin’s approval rating in Russia has been in steady decline and is currently somewhere near 60%, down from where it used to be in the high 80s and 90s. Now, “he can take the heat off of himself by getting us to fight each other after what we would like to think of as one of the safest and fairest elections, but one that the president of the United States is saying is rigged.”

Moreover, “Russia has long wanted to revise the international order” that the Obama administration spearheaded, said Michael David-Fox, a professor at Georgetown University and an expert on modern Russia and the USSR. “It is clear to Putin and the Russian foreign policy establishment that the Biden administration represents a return” to that approach.

Obama’s administration emphasized a foreign policy that supported an international system governed by independent institutions and global alliances. That system, which the US has spearheaded since the Cold War, frequently stands in opposition to Putin’s interests, which are geared toward fracturing western alliances, spreading communism, and bringing sovereign nations like Ukraine back into the Soviet sphere of influence.

“They want to protect their boy in the White House, because Trump’s policies have been strategically fantastic for Russia,” Glenn Carle, a former CIA covert operative, told Insider in an earlier interview. “He alienated the United States from NATO and turned a blind eye to Russian influence in Crimea. His actions in the Middle East, especially in Syria and Libya, helped Russia gain a significant presence in the region for the first time in 48 years.”

Trump also often heaps praise on Putin, describing him as a “strong” and “powerful” leader — comments that Russian state media uses to portray Putin as a global strongman and Trump as a puppet dancing to his master’s tune.

In the wake of the 2020 election, “having a weak, divided US that lacks legitimacy and cannot get its own house in order” will strengthen Russia by hurting the Biden team’s efforts to “move past the disastrous decline in the US’ international standing” that the Trump administration has produced, David-Fox said.

This time, he added, other Republican lawmakers are also aiding Russia by supporting Trump’s efforts to undermine the democratic process.

While some Republicans have privately congratulated Biden on his victory and cautiously urged the incumbent to give his successor access to intelligence briefings and transition materials, the vast majority of the party has either stayed mum or amplified Trump’s bogus claims about a rigged election.

Their actions “bolster Russia’s longstanding objections against meddling in internal political affairs,” David-Fox said. He added that the only way for the US to overcome “the current wave of disinformation and authoritarianism orchestrated by the loser of the presidential election and reinforced by the silence of most of the Republican Party” is to “uphold the will of the voters and eject the current administration, as our constitutional system requires.”