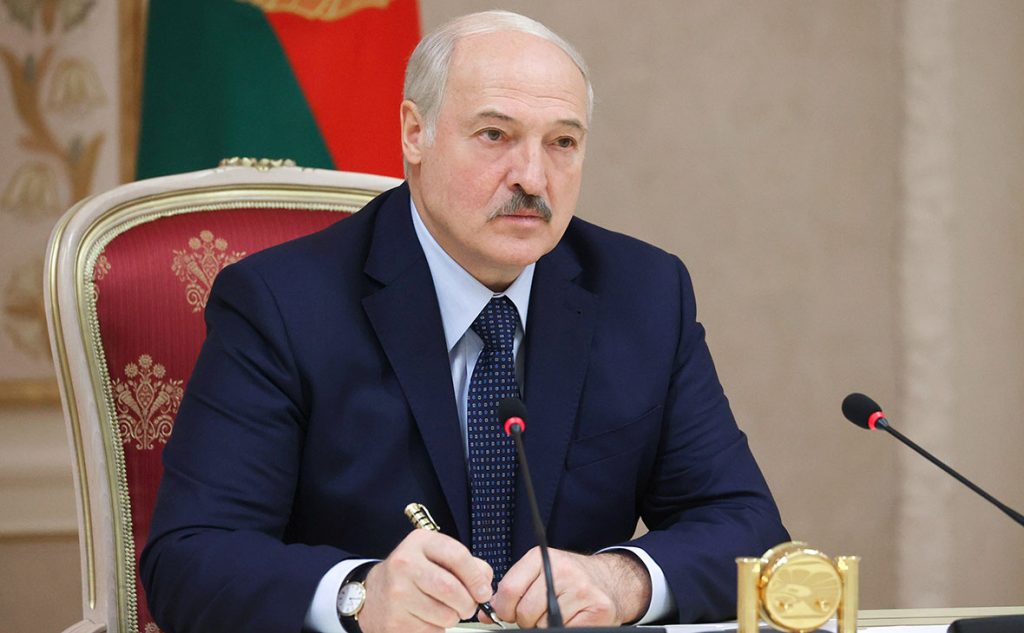 EU foreign ministers on Monday agreed on new sanctions against Russia over the poisoning of opposition leader Alexei Navalny and against Belarusian strongman Alexander Lukashenko.

On Russia, Germany’s Heiko Maas tweeted after a meeting of foreign ministers in Luxembourg: “We have agreed to enact sanctions against individuals that we consider to be responsible for this violation of international law.”

Last week, Maas and his French counterpart Jean-Yves Le Drian announced in a joint statementthat they would share with European partners proposals for additional sanctions against Moscow over the poisoning of Navalny using a nerve agent from the Novichok group, after the Organisation for the Prohibition of Chemical Weapons confirmed that it had been used in the attack.

Josep Borrell, the EU’s top diplomat, said in a press conference Monday that “there was a complete acceptance by all member states, no one opposed any kind of reluctancy.”

According to three diplomats, the list currently under discussion contains six Russian individuals and one entity and it could be signed off by EU ambassadors as soon as Wednesday.

On Belarus, where demonstrations continue after a contested August 9 election that Lukashenko, who has been in power for 26 years, claims to have won with 80 percent of the vote, the EU ministers “gave their political green light to start preparing the next sanctions package that will include Lukashenko himself,” Borrell said.

The EU has already imposed restrictive measures against 40 individuals identified as responsible for repression and intimidation of protesters as well as for electoral misconduct.

But until now it had resisted calls from countries including Germany, Lithuania and Romania to put Lukashenko on the list (he was on an EU sanctions list until 2016 when Belarus released a number of political prisoners).

The EU approach, diplomats said, was to be “gradual” in an effort to push Lukashenko towards dialogue.

During Monday’s meeting, “Borrell was supportive” of the call to add Lukashenko to the list, said a diplomat.

The decision to add the president was ”an answer to the evolving situation in Belarus,” Borrell told reporters during a videoconference. He said among the reasons for the move was the continued “disproportionate response to the demonstrators” and the refusal to enter dialogue facilitated by the Vienna-based Organization for Security and Co-operation in Europe.

“A set of countries has listed a new set of names, among them Lukashenko himself, and all members accepted this proposal,” the former Spanish foreign minister said, adding that there was a “complete lack of will from Lukashenko’s side to engage in negotiations.”

Earlier Belarus sanctions were delayed for weeks because Cyprus wanted further restrictive measures against Turkey to be taken at the same time.

But this time the process will be quicker, Borrell said: “The structural obstacles for the implementation of sanctions have been overcome.”