Pretending to be a senior official, Sergei Davydov induced judges to fix cases, then revealed the conversations. Then the system struck back. 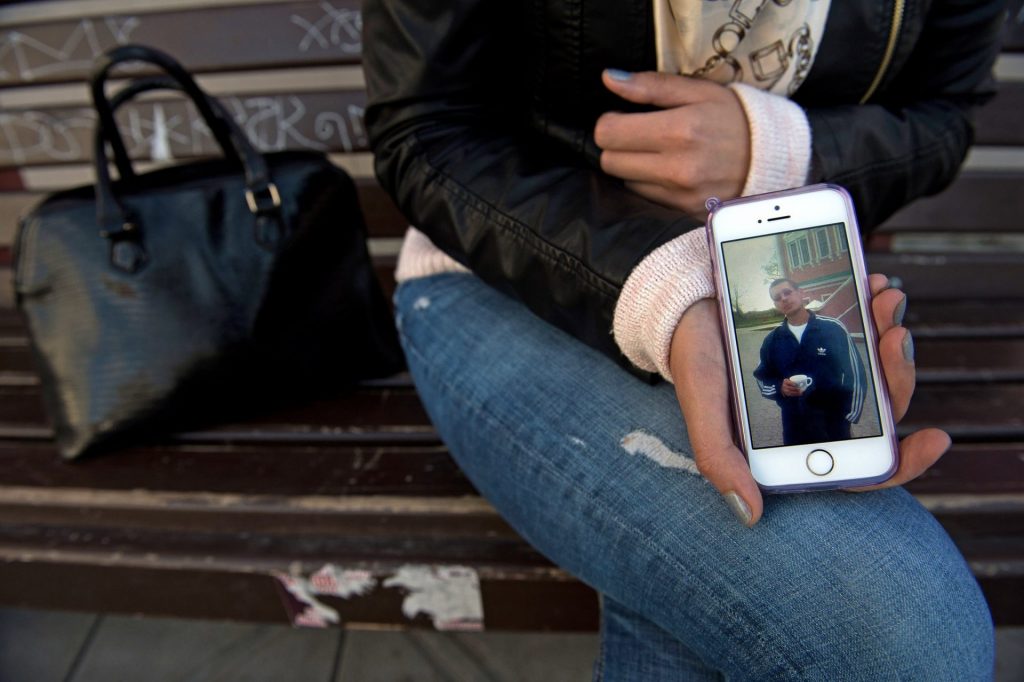 Pretending to be a senior official, Sergei Davydov induced judges to fix cases, then revealed the conversations. Then the system struck back.

PERM, Russia — He always called shortly before the final court hearing, saying that the matter was urgent and had to be resolved by phone.

“Do not punish Mr. Gorodilov, OK?” Sergei V. Davydov, a small-time businessman, told one judge, pretending to be a senior justice official.

Adopting the peremptory tone often used by high-ranking Russians to speak to underlings, Mr. Davydov was seeking leniency for a friend Sergei V. Gorodilov, accused of driving under the influence.

“Of course, I will do everything,” the judge handling the case said obsequiously. “I understood everything.” And with that, Mr. Davydov’s request was granted, and his friend got off without punishment.

In his first state of the nation address after becoming Russia’s leader in 2000, President Vladimir V. Putin promised to impose“the dictatorship of the law.” But 20 years later, Mr. Davydov says, the country resembles a dictatorship of graft, run by something that in time has acquired a name of its own: telephone justice. The lack of independent courts is universally cited by experts as one of the main predicaments for Russia’s economic and social development.

“My goal was to help myself and others and to show the whole country how judges make their rulings not according to the law, but in line with a telephone call,” Mr. Davydov said through his lawyer from prison, where he is serving a sentence of more than nine years on charges he calls bogus.

Over the years, Mr. Davydov, 52, called 18 judges in Russia’s Perm region, an ancient land of salt mines and metal factories on the footsteps of the Ural Mountains 750 miles east of Moscow. He asked the supposedly independent judges to make decisions in line with his instructions instead of the law.

Then Mr. Davydov would upload the conversations online, causing an uproar. In one recording, Mr. Davydov asked a federal judge to lower a prison sentence by seven years; his request was granted, and the judge apologized later that he could not do more.

The system Mr. Davydov exposed couldn’t tolerate this type of activism for too long. A former paratrooper, he appeared at a court hearing in March, looking haggard and walking with a stick after spending weeks in a solitary cell and being beaten by prison guards.

He had a smile on his face, though, which exposed some of his gold teeth.

“There is no judicial system in this country,” Mr. Davydov said in a short interview from his cell in the courtroom, despite repeated protests from the bailiff. “People are getting tortured in prisons. There is a complete lawlessness.”

In 2016, a local court ordered that Mr. Davydov’s recordings be removed from the internet, saying they caused “reputational damage” to the judicial system and could “incite protest rallies.” (The recordings are still available on YouTube.) In a separate statement, a regional court said it had found no irregularities after studying all the cases presided over by the judges whom Mr. Davydov had called.

“There are no grounds to believe that the caller’s requests made an impact on the rulings made by judges,” the statement said.

Many of the judges whom Mr. Davydov spoke to have been relieved of their duties, including the one who let Mr. Gorodilov off in the drunken-driving case. In a sign of Kremlin displeasure with the courts in the region, last year the Kremlin refused to extend the new term of the chief justice of Perm.

Unlike the typical Russian activist in Moscow or St. Petersburg, Mr. Davydov is not a refined intellectual, nor his family background that of Soviet dissidents. Born into a working-class family, Mr. Davydov was running a small car rental business and leading an unexceptional life before he decided to expose the corruption in Russia’s judicial system.

It started when he began calling traffic police officers to advocate for friends who had been caught driving drunk or been charged with other misdemeanors.

Over time, he said, he realized that “every level of the government is corrupt” and took his efforts up a notch. Knowing that judges often made their rulings “after a phone call,” he decided to test whether it would actually work. It did — a court ruled in his favor in a case where a court bailiff tried to impose an administrative fine after Mr. Davydov argued with him at the entrance to a court building.

This kind of success prompted him to do more. He started calling judges over random cases to reveal how the system works.

“When he saw how blatantly corrupt our judges were it was as though his eyes opened up,” Sergei N. Klyavin, a friend, said in an interview.

With time and practice, Mr. Davydov trained himself to sound like a true high-ranking judge. He would speak with the commanding voice of a powerful official, exuding superiority. He would cite the precise case number and list the defendant’s name in full. He would use bureaucratic jargon known only to someone inside Russia’s Kafkaesque legal system.

Apart from judges, he called prosecutors and City Hall officials. The result was always the same: Bureaucrats, both large and small, tacitly acknowledged the unwritten rules of the game, exposing how Russia is run by a set of informal practices that tie the power vertical, built by Mr. Putin, into a chain of command.

It was only a matter of time for the system he exposed to strike back.

In 2016, he called Marina N. Zabbarova, the chief investigator in Perm. Mr. Davydov pretended he was deputy head of the investigative committee, the Russian equivalent to the F.B.I. Saying that he was just passing along instructions received from the Kremlin, Mr. Davydov ordered local law enforcement to create favorable conditions for the governing United Russia party in coming parliamentary elections.

“Any provocations against United Russia must be stopped with the full force of the law,” Mr. Davydov told Mrs. Zabbarova.

“I heard you,” the chief investigator said. “I understand everything, there is no need to explain.”

Mr. Davydov was first detained in May 2016, hours before we were scheduled to meet in Perm. He was accused of extorting money from a City Hall official he called, threatening to post a record of their conversation online unless she paid. Mr. Davydov denied the charge, pointing to many irregularities in the case.

He says he was beaten in prison in Perm, and medical officials have confirmed that his right collarbone was broken during his time in prison. The prison warden refused him permission to use a walking stick that could have helped ease an exceptionally painful cyst in his left foot. He was regularly thrown into solitary confinement for trifling misdemeanors, things like failing to stand when a prison guard entered his cell.

Once, when he refused to leave his cell because walking hurt too much, the prison guards pulled him out, smashed his head against the concrete floor, searched him and pushed him back inside, he said. In excruciating pain, Mr. Davydov grabbed a piece of bread from his table and threw it at the guards, supposedly breaking one’s nose.

For that assault, Mr. Davydov’s sentence was extended by four years. When the judge read the verdict, Mr. Davydov protested, saying the word “deer,” an epithet in Russia meaning a very stupid person. That drew a contempt citation and five more years in prison. He has appealed the decisions to the European Court of Human Rights.

“The goal is to isolate him,” said Larisa V. Alfyorova, Mr. Davydov’s lawyer, who will represent him in the appeal. “They won’t release him, they will make sure he stays in prison.”

After he was detained, Mr. Davydov’s business collapsed, and his wife, Yekaterina Davydova, told their 15-year-old daughter that he had left to develop a new business far away.