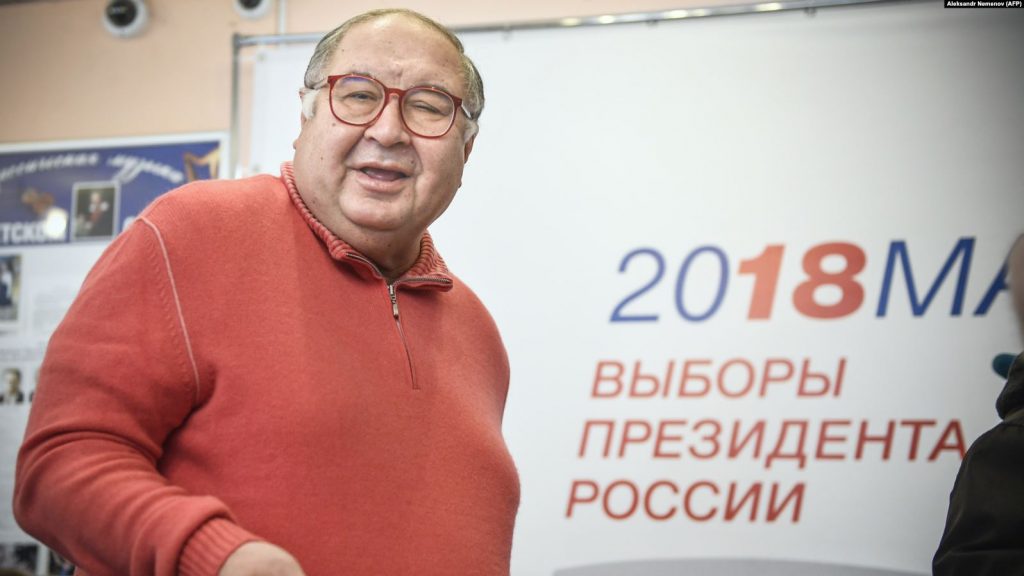 Everton’s training facility has since 2017 been sponsored by USM, a holding company established by the 66-year-old Usmanov who is a friend and longtime business partner of Farhad Moshiri, the British-Iranian who is the team’s majority shareholder.

Connected with the Kremlin’s ruling elite, the Russian tycoon’s first foray into English soccer was owning a 30-percent stake in London team Arsenal, which he sold to U.S. national Stan Kreonke for $700 million in cash in August 2018.

His USM, in which Moshiri is invested, now has a deal for first option of naming rights once the new stadium is near completion.

Everton is still awaiting planning permission from the city of Liverpool but the team’s CEO, Denise Barret-Baxendale, told the team’s general meeting on January 14 that the stadium’s construction project could add a billion pounds to the local economy and create 15,000 jobs.

Usmanov’s net worth hovers at $13 billion, according to Forbes, and is derived mostly from steel, telecommunications, and investments.

Russian billionaire Roman Abaramovich owns London team Chelsea, which he bought in 2003 and Bournemouth has been bankrolled by Maksim Demin since 2011.

Russian state-owned Gazprom is also one of the main sponsors of the Champions League, the European continent’s most prestigious soccer team tournament.