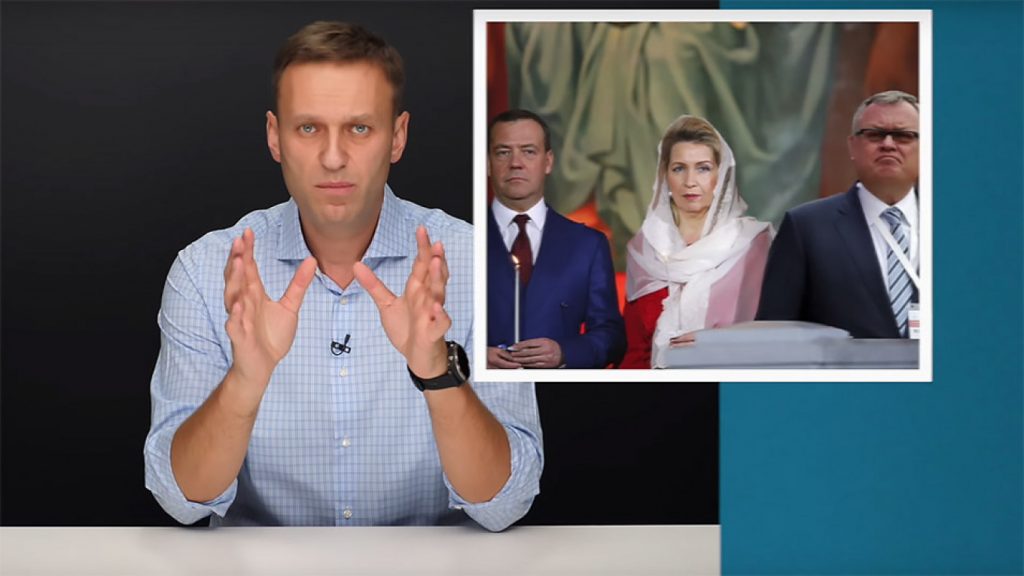 Medvedev, the subject of Navalny’s viral 2017 investigation into corruption that has been viewed 32.7 million times, is scheduled to sit down for the interview Thursday. The prime minister had dismissed the 2017 investigation as a “compote of nonsense.”

He matched news reports of 11 trips Medvedeva made to various cities from 2015-2019 with flight-tracking data that placed the Bombardier in these cities on or around those dates. For the 12th match, Navalny referred to a Greek planespotting website that openly mentioned the jet “transferring the wife and the child of the Russian Prime Minister Dmitry Medvedev” in 2012.

“To state the obvious (but very important),” Navalny wrote, “the prime minister’s wife is not entitled to a private jet.”

“Medvedev’s family can travel and relax only at their own expense. Any other scenarios are either theft from the state budget or bribes from oligarchs,” he said.

The Bombardier that allegedly accompanied Medvedeva’s trips had been registered with an offshore company Navalny says belongs to state-owned bank VTB. The jet switched owners to an unknown offshore a day after that offshore became owner of another Bombardier linked to VTB CEO Andrei Kostin, Navalny claimed in a video investigation earlier this week.

“Or, finally, it could be Medvedev himself who’s paying with stolen money from a secret foreign account,” Navalny added.

Navalny called on journalists — “are there any honest people left among you?” — to raise the issue during Medvedev’s big interview.