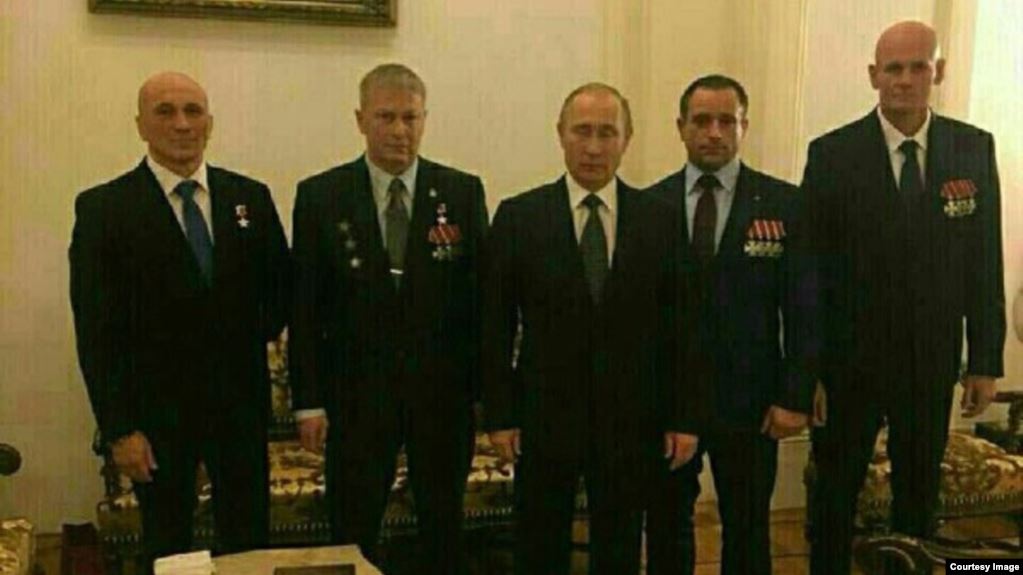 Novaya Gazeta identified one of the four men as a mercenary from Wagner, the Russian private military company (PMC). The report included copies of the man’s passport, his contract with Wagner and other documents proving his identity.

Kremlin press secretary Dmitry Peskov commented on the Novaya Gazeta investigation the day it was published, saying the Russian presidential administration had seen neither the video nor the newspaper’s report. Peskov said the matter had “nothing to do with the Russian military” and that any “fears about our reputation are groundless.”

“The president cannot make decisions regarding such companies, it is simply impossible,” Peskov insisted.

That claim is false.

Wagner is Russia’s most famous private military company, and is reportedly named after its commander, Dmitry Utkin, a former Russian military intelligence (GRU) officer who used the nom de guerre Wagner during his service in Chechnya.

Wagner is active in eastern Ukraine, Syria, and several countries in Africa and Latin America.

Apart from his position running Wagner, Utkin is chief executive of a company called Concord Management and Consulting LLC.

The U.S. Justice Department indicted Concord and its owner, Yevgeny Prigozhin, in February 2018 as part of Special Counsel Robert Mueller’s investigation of Russian meddling in the 2016 U.S. presidential elections.

Commenting on the Concord Management and Consulting LLC indictment, Russian President Vladimir Putin said: “We heard accusations against the company Concord. … and the accusations against it just fell apart in a U.S. court.” Polygraph.info earlier found that claim to be false.

Prigozhin is the Russian president’s close confidant and has often been described as “Putin’s chef” because his firms provide food delivery and catering services to the Kremlin.

U.S. prosecutors say Prigozhin is a leading figure in the Kremlin propaganda and disinformation campaigns that are part of its hybrid warfare strategy. His companies finance and own the St. Petersburg-based Internet Research Agency, a.k.a. the “troll factory,” which was also indicted by the U.S. Justice Department.

In 2012, Putin, who was then serving as Russia’s prime minister, described PMCs as “an instrument for the realization of national interests without the direct participation of the state.”

In a Kremlin ceremony on Dec. 9, 2016, Putin, who was again serving as president, awarded state medals and orders to Russian military personnel who had served in Syria. Among those who received the Order of Courage was Dmitry Utkin, who was at the time not a Russian Defense Ministry service member, but a retired private business owner. 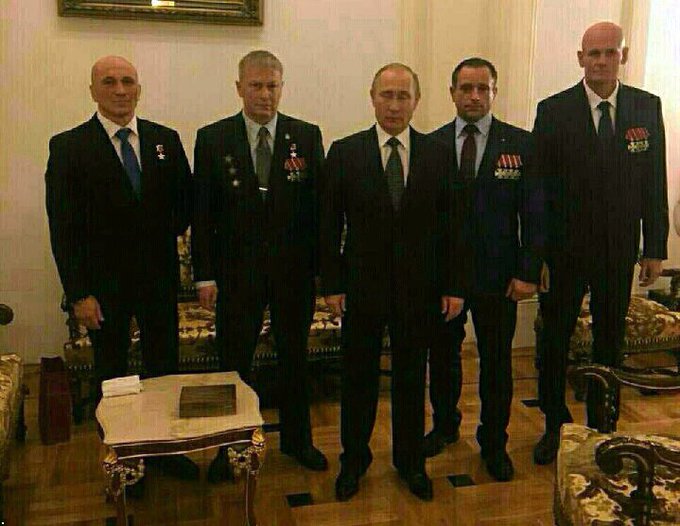 90 people are talking about this

The Kremlin confirmed Utkin’s appearance at the ceremony, but declined to provide any details on why he was awarded.

During his end-of-the-year news conference in Moscow on December 20, 2018, Putin said: “Now about ‘Wagner’ and what people are doing: everyone should stay within the framework of the law, everyone. We can ban the private security business altogether, but once we do that, I think you will get a lot of petitions to protect this labor market.”

Putin added: “As for their presence somewhere abroad, if, I repeat again, they do not violate Russian law, they have the right to work and push their business interests anywhere in the world.”

Putin again spoke about the PMCs during “Direct Line,” his annual televised Q&A call-in, on June 20, 2019.

“As for private companies, including private security companies … and they are really present there (Syria), this is not the Russian state, and they are not participants in combat, unfortunately or fortunately,” Putin said.

Polygraph.info obtained proof of Wagner’s military activities in Syria, after a February incident in which hundreds were reported killed by U.S. troops who came under attack.

Officially, private military companies are illegal in Russia. Under Putin, the country has dropped out of international initiatives aimed at regulating them.

“Russian PMCs are the tool of the government, which benefits include plausible deniability,” said the Rand Corporation’s Dara Massicot.