Investigative journalist Andrei Soldatov on another form of “Russian interference.” 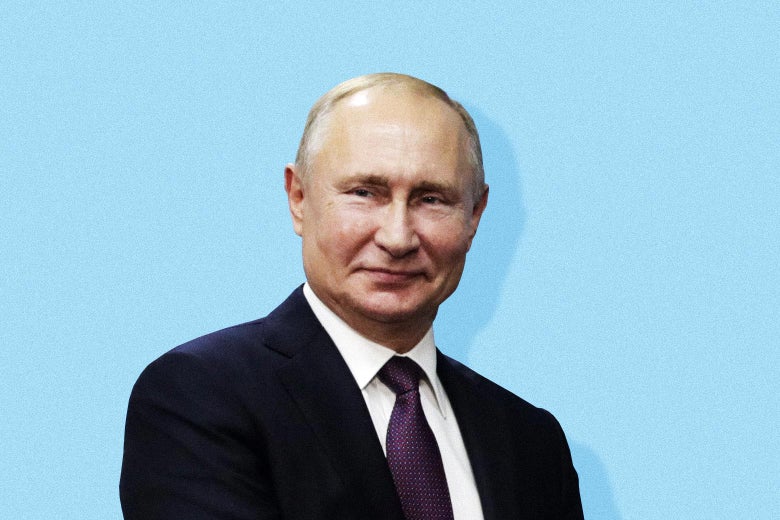 Since 2016, the phrase “Russian interference” has mostly meant interference in the last U.S. presidential election—bots promoting racial division, hacked emails, disinformation campaigns on Facebook, and shady meetings between Trump campaign officials and Kremlin associates. But a less-discussed component of Russian interference abroad is the country’s decadeslong project of tracking, attacking, and manipulating the Russian diaspora for its own purposes.

The Russian diaspora is an asset for President Vladimir Putin in bolstering Russia’s image abroad—but it is also, at least in his mind, a constant threat. Consider, for example, the case of Sergei Skripal, the Russian-turned-British-spy who was poisoned (but survived) in Salisbury in 2018. Or Vladimir Kara-Murza Jr., a journalist and would-be reformer of Russia who was poisoned in 2015 and again in 2017. Both are examples of Russians whom the Kremlin viewed as a threat—and both were poisoned beyond Russian borders. Though Russia denies responsibility, both cases are seen by Russia experts as a sign of how inescapable Russian authorities are, and the lengths to which they’ll go to send a message.

Russia’s relationship to its expats is the subject of The Compatriots: The Brutal and Chaotic History of Russia’s Exiles, Emigres, and Agents Abroad, a new book from Russian investigative journalists Andrei Soldatov and Irina Borogan. The Compatriots tracks how the Kremlin and Russian security services have viewed and used the Russian diaspora from early Soviet times to the present day. I spoke with Soldatov, who lives in Moscow and is the editor of Agentura.ru, a website that monitors intelligence agencies around the world, about this relationship over time. We discussed Soviet paranoia, how Putin’s KGB background influences his understanding of Russian emigrants, and why, despite everything, Soldatov is still optimistic about the positive influence of the Russian diaspora. Our conversation has been condensed and edited.

Emily Tamkin: Why did you and Irina decide to write a book on the Russian diaspora?

Andrei Soldatov: It was a logical development of the main area of our investigations: the Russian security services. Our first book, published in 2010, was mostly about how the Kremlin uses the Russian security service domestically, targeting the population in the country. The second book, The Red Web, in 2015, was about how [Russian authorities learned] to keep tabs on people online. And then our investigations started to enter the problem that the Kremlin has, this challenge of what to do about Russians abroad. Given that we have such a big diaspora of Russians abroad, it presents both a challenge for the Kremlin and an opportunity. And also, years ago, we were sitting in a bar with Evan Osnos, a reporter from the New Yorker. He was done with his book about China, we were fresh out of The Red Web, but we didn’t know what to do next. And he just said, “Look, guys, you need to do something about people.”

In the first section of the book, you ask why Stalin cared so much about Russian emigrants. And then you realize that the CIA also cares about the Russian émigré population. So in early Soviet times, how much of this caring on the Russian side was paranoia, and how much of it was born out of necessity?

I think that the first generation of Soviet leaders, like Lenin and Stalin, specifically Stalin, remembered very well that a small bunch of political exiles, if given the chance to get back into the country, could change the political regime. He remembered his own experience, and he remembered 1917—exactly what happened. So it was a fear based on the historical experience of these people. But it also was a bit of a necessity. We sometimes think about espionage as though it’s about some distant enemy. But in many cases, political regimes, they are frightened about what [their own] political exiles could do [to their homeland and regime] if given the chance. The Soviet Union was just a bit more paranoid than everybody else, and they just used this idea to the most extreme.

You write in the book about how there was a nine-year break in keeping such aggressive tabs on Russians abroad, during the Yeltsin years.

Why was that? Why did Putin pursue this tracking, use, and persecution of Russians abroad, and Yeltsin didn’t?

“In many cases, political regimes are frightened about what political exiles could do, if given thechance.”

I think we need to blame Putin’s KGB background. His KGB background was responsible for how he saw Russian emigration. Because he had the KGB training, he immediately saw that these people might be a potential recruitment base for him. It’s very unlike the Yeltsin approach. Yeltsin wanted to invite people from abroad to the country and to have—he wanted their help to build a new, democratic Russia. And Putin always saw [Russian exiles] as a potential recruitment base.

Also, he still believes a small bunch of émigrés, if given a chance, could do something about the regime in the country. It was very telling to everyone living in Russia what happened two years ago, when we had this centenary of the revolution. The Kremlin struggled. It needed to send a message on how to consider the revolution these days. And it was very confusing. But at the end of the day—actually, today, everybody can watch this TV series [Trotsky] because it’s on Netflix, subtitles in English. It’s a very interesting TV series, because what you get out of it, the main message is Lenin and Trotsky were agents of the German generals long before the World War started, like 10 years before. Which was just nonsense. But you sort of understood why they wanted to send this message: These people, these émigrés, could be so successful only because they were given some help from the outside, and that helped them to destroy the almighty Russian Empire. It’s completely anti-historical.

There is also the practical side. The practical side is that right now we have a very, I would say, completely new situation. For the very first time, the Russian borders are open, and transparent, and porous. People still can come to the country and leave the country. We have the example of Kara-Murza. Despite the fact that he was poisoned twice, he still travels back to Russia. [His former boss Mikhail] Khodorkovsky cannot travel himself to Russia, but he can fund organizations. [Khodorkovsky is the founder of Open Russia, an NGO that promotes democracy in Russia.] All of them represent a challenge for the Kremlin, because they don’t know what to do about them. They cannot use the Soviet experience [to figure it out], because back then, the borders were sealed.

Open borders doesn’t just mean physical borders. One thing you talk about in the book is the financial system. There’s a debate in the U.S. now about whether certain sanctions meant to keep a select group of people thought to be close to Putin from coming to the United States and from using the U.S. banking system end up putting pressure on the Kremlin, or if they actually reinforce the importance of the Kremlin to oligarchs. How effective do you think they’ve been?

I think you have two things here. Given the reaction of the Kremlin—the hysterical reaction— and given what we’ve heard from people affected by the sanctions, these sanctions were successful. Lots of people gave up any hope to go global and build global companies and be able to get investment and technologies from the West. It’s a very big thing. Psychologically, it was extremely effective, I think. But there is a downside here. The Kremlin found a way to use this situation, at least temporarily. For instance, many of the Russian oligarchs and companies affected by the sanctions were given a handout from the government. Many of them, they got some military contracts. In the short term, it’s extremely successful for the Kremlin. You make everybody dependent. But it can work only for several years, while you have this money to channel. The Soviet military industrial complex destroyed the Soviet economy. So in the short term, it’s guaranteed loyalty of these people. But I think in the long term it’s some sort of disaster.

Throughout this book there’s this theme: You can’t hide. If the Kremlin wants to get you, they can get you. You write about the case of Sergei Skripal, who was poisoned in Salisbury, an attempt that resulted in Western sanctions on Russia. Do you think Western governments have been effective in combating attempts like the one against Skripal? Do you think Western governments have appreciated the reality, which is that politically active Russian citizens or Russian-born citizens can be poisoned anywhere in the world?

To some extent we got [the Skripal poisoning] because the reaction to the [Alexander] Litvinenko poisoning was so weak. [Some may think] in other countries, yes, Russians are ready to cross the line, but not in the United States. So we are safe here. But unfortunately, Mikhail Lesin [Putin’s former media chief] was beaten to death, literally, in Dupont Circle in Washington. And his death is still very mysterious to many. And given the example in the book, that the FBI actually refused to investigate properly the poisoning of Kara-Murza, it sends a very ominous, very strange signal to the Kremlin. The Western governments should be really firm at responding to these kinds of activities. The reaction should be really firm.

It’s an excellent book, but at some points I found it hard to read, because it’s about the powerlessness that people have against the state. But you end on a sort of optimistic note, or at least it seemed that way to me. Was it meant to be an optimistic ending, and if so, what gives you that sense of optimism?

We tried to make it optimistic for several reasons. First, on the surface, the Russian political émigré activity for years seemed to be not extremely successful. Really, very few successes. Because the Russians are notoriously bad at organizing themselves. We have several examples in the book. It’s really sad. But what we found really interesting is that when they wrote books—really an old-fashioned, traditional, Russian thing, just write some books—these books had a big effect on the Western public and media. And it’s still the case. And we tried to trace this to the present day, that we have some books written by Russians, like Masha Gessen and some other people, and they’re much more effective than any political activities.

The other thing is that we now have people in the West, I mean Russians, who did not just flee the country abandoning all hope to get back. Because the borders are porous. They still have hope and ambition to get back and do something about the country. We have some examples of that. They’re determined to do something. They also became a bit more successful—much more successful, actually—in having a say with Western governments’ policies toward Russia, all these sanctions and so on and so forth.

I cannot be pessimistic. I lost an option to be a journalist hired by a Russian publication in 2009. [After that] Irina and I wrote three books. It is possible only because we have this internet and the borders are porous. Of course I am optimistic.