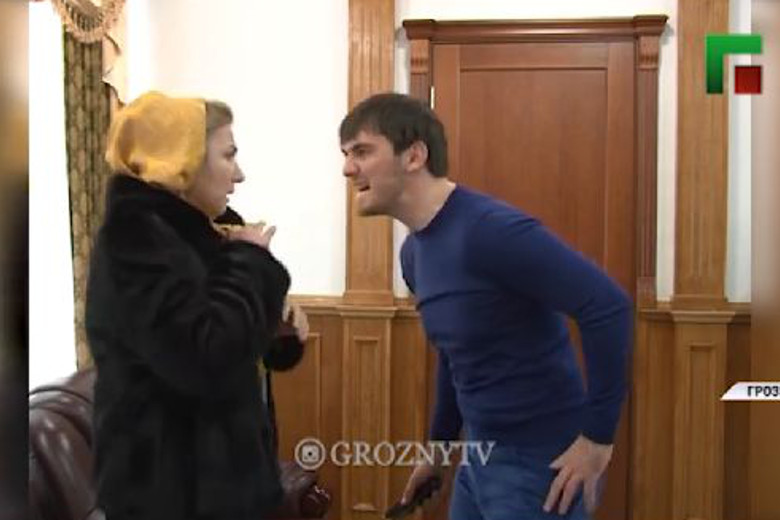 Chechnya’s Minister of Youth Isa Ibragimov has acquitted an ex-mayor of Grozny Islam Kadyrov (a relative of a head of Chechnya Ramzan Kadyrov) who used to beat and torture with a stun gun women suspected of swindling.

“Torturing with a stun gun is even not enough for swindlers,” Ibragimov wrote on his Instagram page. The 27-year-old official commented a live program with Islam Kadyrov hosted by Chingiz Akhmadov, a correspondent of Grozny Chechen State TV and Radio Company. During the program, the former mayor apologized for his acts and clarified he had only wanted to intimidate the detainees in order for them to stop. He also referred to the aftermath of operations he had gone through following road accidents.

Special coverage exposing Islam Kadyrov has been shown on Grozny Chechen State TV and Radio Company on October 25. Correspondents showed a video that showed the ex-mayor of Grozny beating female swindlers and torturing them with massacre. Head of the Public Chamber of Chechnya says the act committed by Islam Kadyrov outraged citizens of the Republic. Inspection was launched against the former mayor of Grozny. According to some reports, the head of Chechnya Ramzan Kadyrov was likely to push through investigation of actions of his relative. As a result, the former head of Grozny was being interrogated by Chechen investigators for 3 hours.

Islam Kadyrov is a twice removed nephew of the head of Chechnya. He was a head of Grozny in 2012-2015. Later, he was a Vice Premier of Chechnya, reports NSN.