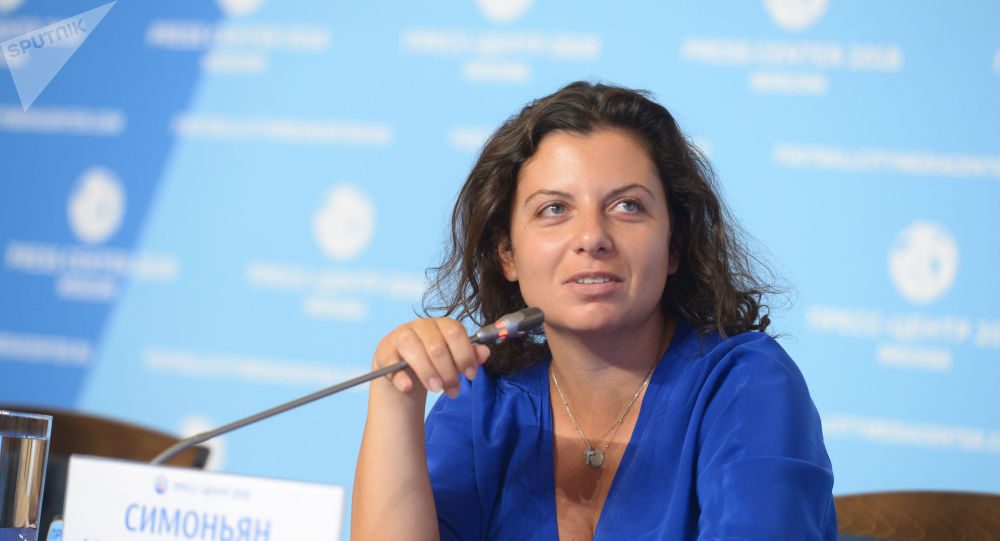 On October 30, celebrity media figure and former presidential candidate Ksenia Sobchak released an interview with RT Editor-in-Chief Margarita Simonyan. RT is a Russian government-run news outlet with branches that target international audiences. The following is a paraphrased summary of what Simonyan said during the interview with direct quotes marked accordingly.

“It’s easier to give [Sobchak an interview] than to explain why you won’t.” After all, I’m pregnant — you’re not going to torture me. In this very room, I talked to “Boshirov” and “Petrov” and “poured them a little cognac.” They wanted to leave because it was “like talking to a prosecutor.” You and I didn’t agree that you could ask how they got my phone number. “I’ll just get up and leave because you’re pulling wool over my eyes.” We sent our own questions, but you’re asking your own questions. I don’t believe that “Petrov” and “Boshirov” poisoned the Skripals. In Ivan Golunov’s case, I defended my views about the kind of country I want to live in. “That’s what’s important, not [the journalism community’s] parochial solidarity-schmolidarity.” I feel proud when people call me a propagandist. “She wants to talk to me about private conversations — pour me a little water.” If anyone had found an actual fake story on RT, we would have been shut down a long time ago. But everyone makes mistakes. We didn’t have a question about “Putinburger” on our list either. “How about next time I just get up and leave” *grabs microphone.* RT has deleted articles a number of times, and that doesn’t bother me *leaves.* “Don’t run after me, you’re no Sobol.” (Sobchak waits; Simonyan returns.) Let’s record the end of this. “We have never had, we do not have, and we will never have what is called fake news.” Can you give an example? The burgers? Any journalist should probably dig deeper, but we’ve got to hurry. “Let me out of here.”

Sobchak followed up the interview with an instructional segment on how to cook beaver meat according to a recipe Simonyan herself provided. Then, Sobchak discussed her interview with journalists from the independent TV station Dozhd, the Russian outlet The Insider, and The New York Times. The interview and subsequent discussion can be watched in full here.