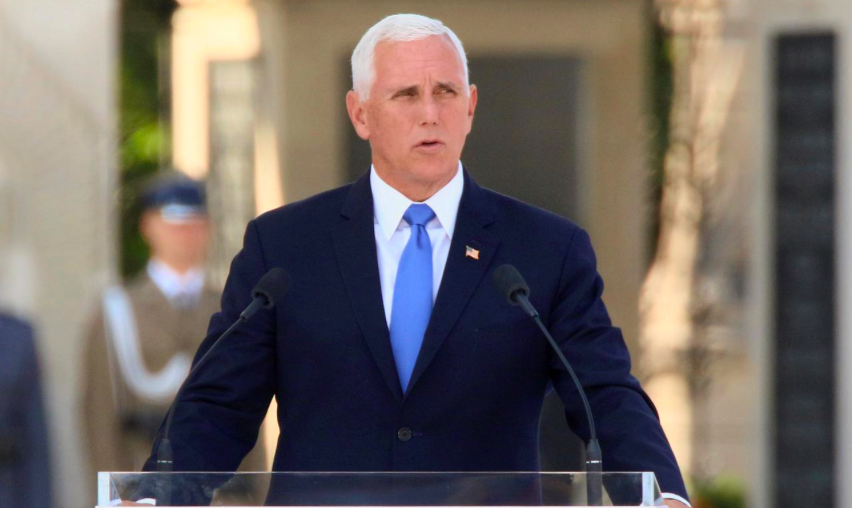 WARSAW (Reuters) – U.S. Vice President Mike Pence reassured Ukraine on Sunday that Washington continues to back its claim for Crimea, which was annexed by Russia in 2014, even as U.S. President Donald Trump mulls cutting aid to the European nation.

Speaking ahead of a bilateral meeting with Ukrainian President Volodymyr Zelenskiy in Warsaw, Pence did not address reports that Trump is considering cutting $250 million in military assistance to the country. However, he said the two countries’ relationship has never been stronger.

“We will continue to stand with the people of Ukraine on your security, on territorial integrity, including Ukraine’s rightful claim in Crimea.”

Washington is a key ally for Kiev, having imposed sanctions on Russia for annexing Crimea and backing pro-Moscow separatists in Ukraine’s east.

But Trump, who enjoys close ties to Russia’s Vladimir Putin, thinks all aid money should be justified and is mulling the move ahead of a September 30 fiscal deadline.

Last month, he dropped a bid to slash billions of dollars in foreign aid, after an outcry from Congress about what was seen as an attempt to sidestep lawmakers’ authority over government spending. nL2N25I12L

Pence’s vote of confidence echoes comments by National Security Advisor John Bolton, who met with Zelenskiy in Kiev last week and said restoring Ukrainian sovereignty over the Crimea and the Donbass region was discussed.

The Donbass conflict between Ukrainian troops and Russian-backed separatist forces has killed 13,000 people in the past five years.

Pence and Zelenskiy were in Warsaw for commemoration to mark the 80th anniversary of the start of World War Two.