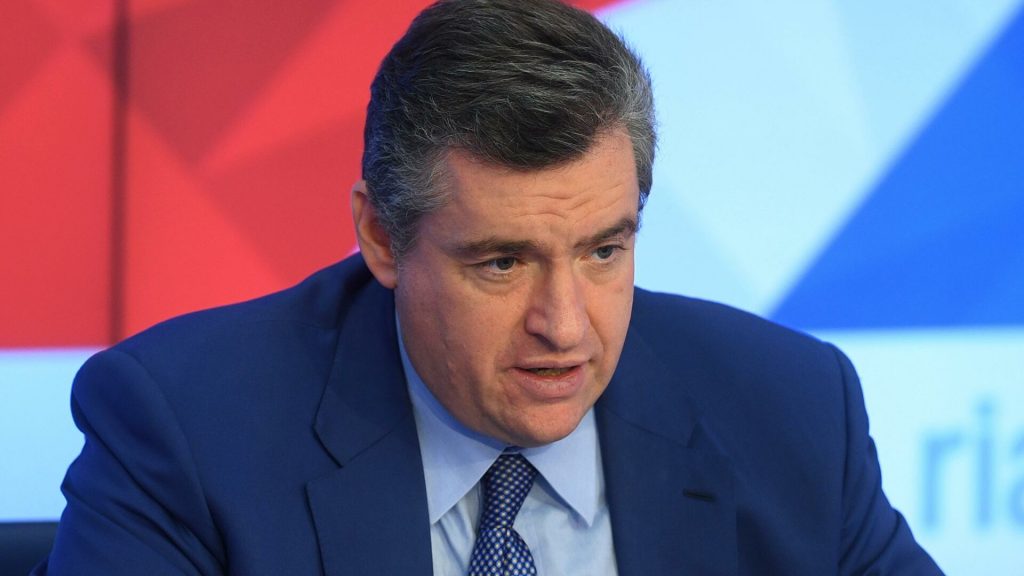 Around the towering hallways and ornate chambers of the State Duma, Leonid Slutsky is known as an outspoken patriot of Russia, a powerful chairman of the Foreign Affairs Committee, and the No. 2 official of the nationalist Liberal Democratic Party.

He’s been hit with U.S. financial sanctions in connection with Russia’s 2014 annexation of Ukraine’s Crimean Peninsula. He’s also been the focus of a stunning set of sexual harassment allegations, lodged by multiple female reporters who cover the Duma.

According to data derived from a social-media account belonging to his 11-year-old daughter and other sources, it appears that Slutsky and his family have spent a significant amount time over the past three years at a posh seaside villa on the southwestern Turkish coast. His daughter has lived there for much of the past 12 months. And, as of September 1, Slutsky and his wife were also sending her to an $88,000-a-year, American-style private school in Switzerland.

Тhe findings by RFE/RL’s Russian Service add new details to Slutsky’s lifestyle, a lifestyle that appears out of sync with his official income declaration, which in 2020 was just $77,000. His wife, Lidya Slutskaya, declared income of $3,500 in 2020.

Slutsky did not respond to questions e-mailed to him by RFE/RL.

Slutsky’s secretary, who answered his official Duma telephone, told RFE/RL that Slutsky was not present, and she said she would have him return the call. During a second call, the secretary provided the mobile phone of a Slutsky aide, who then told RFE/RL he could not contact the lawmaker due to “pre-election fuss”– an apparent reference to Russia’s upcoming Duma elections.

In 2018, in the wake of the sexual harassment allegations, Slutsky gave an interview to Snob, an upscale publication targeting Russia’s economic and cultural elites.

“I don’t buy luxury goods,” he said. “I prefer to spend money on something more substantial. For example, on the restoration of churches.”

Who Is Leonid Slutsky?

First elected to the lower chamber of parliament in 2000, Slutsky has long been in the shadow to the Liberal Democratic Party’s flamboyant leader, Vladimir Zhirinovsky.

After Russian troops were sent in to take control of Ukraine’s Crimean Peninsula in March 2014, Moscow organized a referendum to justify annexing the region. Slutsky was among the lawmakers sanctioned by Western countries immediately after.

The following year, he helped organize visits to the peninsula for Kremlin-sympathetic politicians from several Western countries.

With the exception of a handful of nations, the referendum’s result has been ignored by most of the world.

In February and March 2018, four female journalists who have reported on the Duma accused Slutsky of sexual harassment and unwanted touching.

Unusually, the allegations caused a furor in Russia, where such harassment is commonplace and rarely investigated.

The Duma’s ethics commission cleared Slutsky of wrongdoing, saying it found no signs of “inappropriate behavior.”

More than a dozen news organizations pulled their correspondents from the Duma in protest.

That same month, the Latvia-based news site Meduza reported that Slutsky and his wife, who also have an older college-aged daughter, were sending their younger daughter, Lida, to one of the most expensive private schools in Russia.

In 2018, Aleksei Navalny’s Anti-Corruption Foundation documented how Slutsky’s wife had purchased a luxury Bentley Mulsanne, a car that can cost more than $300,000 in the West.

The purchase, Navalny’s investigators found, appeared to have been financed with an interest-free, 25 million ruble ($440,000) loan from a billionaire Azerbaijani developer named Mardahai Yushvaev.

Navalny suggested the loan was connected to lobbying for Yushvaev’s construction interests in Moscow through Vladimir Resin, another Duma lawmaker who was a top ally of Moscow’s longtime mayor, Yury Luzhkov. Resin also served as Moscow’s acting mayor after Luzhkov was fired in 2010.

The Navalny investigation found that a luxury Mercedes-Maybach belonging to Slutsky had, in less than one year, accrued 825 unpaid traffic fines, mostly for the dangerous practice of driving in the lane for oncoming traffic — something Slutsky admitted to in his interview with Snob magazine.

RFE/RL examined thousands of posts on the social-media site TikTok by Slutsky’s daughter Lida Slutskaya, dating back to 2019. The account was publicly visible until shortly after the Russian version of this investigation was published on September 2.

The posts include extensive interior and exterior images and descriptions of a luxury resort near Bodrum, on Turkey’s southwestern coast.

The resort, called Six Senses Kaplankaya, was developed by businessman Serzhan Zhumashov, who is believed to be one of Kazakhstan’s wealthiest people.

In all, the videos and photographs show that Slutsky’s wife and Lida have spent a significant amount of time at the villa since 2019.

One of the villas at the complex, where Lida Slutskaya’s video show her staying in July 2019, is valued at 3 million euros ($3.6 million), according to the resort’s marketing website.

Another series of videos appear to show Lida Slutskaya living at the villa almost constantly from October 2020 until April 2021.

RFE/RL was unable to determine if Slutsky or someone else owns the villa.

A nearby, smaller villa in question is marketed by the resort at a nightly rental rate of $2,600.

Many of the social-media posts to Lida Slutskaya’s account document her schools and summer camps, including the President School in the elite Moscow suburb of Zhukovka, where monthly tuition runs about $2,500.

She also brags about attending a summer camp at a Swiss international school called Institut Le Rosey, with hopes to enroll at the school.

In 2020, the opposition media organization Open Media reported that at least two of Prime Minister Mikhail Mishustin’s sons attended the elite boarding school, which costs about $100,000 a year.

In early August, she documented how she was preparing to take entrance exams for The American School in Switzerland, another $100,000-a-year boarding school near the lakeside city of Lugano.

In one of the last TikTok posts publicly visible before the account was made private, Slutskaya published a video in which she wore a uniform from the Lugano school. And she boasts about how she expects to receive a Swiss passport in several years.

In other videos, Lida Slutskaya shows off a collection of expensive sneakers and holds a pile of what appears to be U.S. $100 bills.

Another, published July 8, shows what appears to be Slutsky himself, standing outside a private jet at Moscow’s Vnukovo-3 airport, apparently en route to Turkey.

Other videos on the TikTok account bolster evidence previously published by other Russian media that Slutsky is closely associated with an Azerbaijani developer connected to a powerful Moscow development company named Kievskaya Ploshchad.

The company, which has built major shopping centers in Moscow, is controlled by a billionaire named God Nisanov, who has been dubbed “the king of Russian real estate” by the investigative outlet Proyekt.