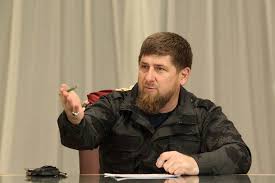 Chechnya has opened a terrorism investigation into two gay men who fled the region last year but were arrested near Moscow last week and forcibly returned.

The rights group that helped the men escape Chechnya, an autonomous Russian republic where the torture, detentions and killings of gay men have been reported since 2017, said they weren’t certain why exactly the men were being persecuted but that one of them had earlier been interrogated for sharing LGBTQ emojis in an online group.

Salekh Magamadov and Ismail Isayev, aged 20 and 17, were in the city of Nizhny Novgorod, east of Moscow, when they were abducted last Thursday, according to the Russian LGBT Network.

One of the men rang the network’s emergency hotline in the afternoon, and a worker for the organisation heard screaming in the background of the call. A rights lawyer who visited the flat where they were staying said he saw signs of a struggle shortly after.

The two men later re-emerged in detention in Chechnya. Tim Bestsvet, a spokesperson for the LGBT Network, said lawyers were being denied access to the men and did not know where they were being held.

Bestsvet said he was concerned for the pair’s safety, pointing to other cases when men had been brought back to the republic only to disappear or die. The network learned only through Chechen media that they were being detained on suspicion of “aiding terrorism”.

Akhmed Dudyaev, an aide to Chechnya’s leader Ramzan Kadyrov, said the men had confessed to helping an illegal armed group. The crime carries a sentence of up to 15 years’ imprisonment.

Dudyaev insisted the detention was legal and that any attempt to influence the case would be “senseless and futile”.

Magamadov and Isayev fled Chechnya in June 2020 after being arrested and reportedly tortured for running an opposition channel on the Telegram messaging app.

Videos later appeared online of the pair apologising for running the channel. In one clip, a visibly distressed Magamadov said: “I am not a man, I am an empty space.” In another, Isayev asks for forgiveness for behaving in an “unmanly” way.

The Russian LGBT Network has helped 200 people flee Chechnya, either abroad or to other areas of the country, since the outbreak of “gay purges” in the republic four years ago in response to what Chechen authorities saw as the increased visibility of the Russian gay rights movement.

Officials have dismissed reports of such purges, despite several men going public to tell of abductions and police brutality. Kadyrov, who is accused of other human rights abuses, has claimed there are no gay men in Chechnya.

Moscow has been criticised both for its failure to properly investigate the reports and for its own stance on LGBTQ rights. A so-called “gay propaganda” law from 2013 that bans the “promotion of non-traditional sexual relations to minors” has been used to pressure activists.