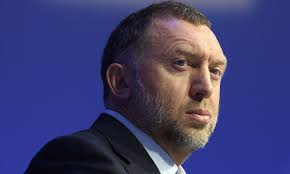 The Europeans earlier this year sent U.S. officials their conclusion that Deripaska still maintains day-to-day influence over the operations of Rusal, one of the world’s largest aluminum producers, and its parent company EN+ Group, the news agency said on December 17.

The United States lifted sanctions on Rusal and EN+ after Deripaska agreed in late 2018 to cut his stakes below 50 percent and relinquish operational control.

But the billionaire continued to use “company resources and employees” for his own business pursuits as well as to advance the Kremlin’s political agenda, Bloomberg reported, citing the Europeans.

Lawyers for EN+ also rejected the report. EN+ said its board continues to have “full confidence in the group’s robust compliance procedures.”

The Bloomberg article caused a spike in aluminum prices on December 17 amid concerns the U.S. could sanction Rusal again.

The United States sanctioned Deripaska and six other Russian tycoons in 2018 for supporting Russia’s “malign activity around the globe,” including Kremlin aggression against Ukraine.

Deripaska, 52, is one of Russia’s richest moguls, with a net worth estimated by Forbes at more than $4 billion.