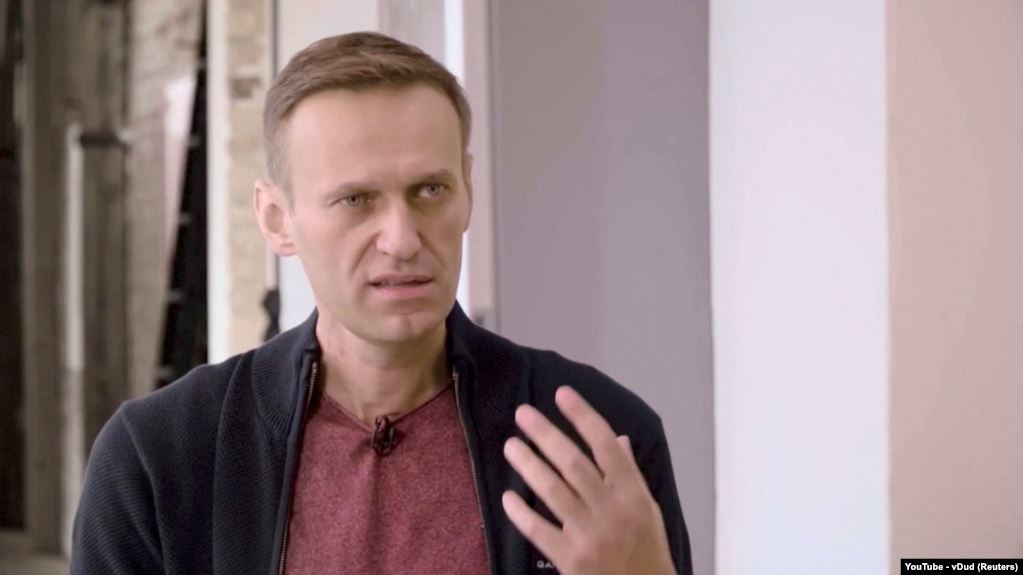 European Union foreign ministers will gather on October 12 to discuss a range of issues, including possible sanctions on Russia for its suspected role in the poisoning of opposition politician Aleksei Navalny.

France and Germany last week put forward proposals to slap sanctions on Russian individuals believed to be responsible for Navalny’s poisoning and an entity involved in the program producing a nerve agent from the Novichok group.

The sanctions proposal came after the Organization for the Prohibition of Chemical Weapons (OPCW) on October 6 confirmed the findings of specialized laboratories in Germany, France, and Sweden that Navalny was poisoned with the nerve agent from the Novichok group.

Both Germany and France accused Russia of failing to fully investigate the circumstances of Navalny’s poisoning and holding anyone to account.

“In this context, we consider that there is no other plausible explanation for Mr. Navalny’s poisoning than a Russian involvement and responsibility,” German Foreign Minister Heiko Maas and his counterpart, Jean-Yves Le Drian, said in a joint October 7 statement.

It is unclear if EU foreign ministers will agree on sanctions at the meeting or postpone the decision to a later date.

Navalny’s health continues to improve since he was discharged on September 22 from the Berlin hospital where the Kremlin critic received a month of treatment after being brought from Russia days after falling severely ill on a flight.

EU foreign ministers are also to discuss the bloc’s response to developments in Belarus, including possible sanctions on strongman Alyaksandr Lukashenka and other individuals.

Earlier in October, the EU sanctioned 40 Belarusian officials for their role in a brutal crackdown on protesters and the opposition, as well as fraud, during the August 9 election.

Lukashenka is not on the sanctions list, but EU diplomats have said he may be added later.

Another major issue on the agenda will be the bloc’s stance toward the conflict between Armenia and Azerbaijan over the disputed region of Nagorno-Karabakh, after both sides accused each other of violating a cease-fire shortly after it came into force on October 10.

EU foreign ministers will also discuss turbulent developments in Kyrgyzstan in the wake of the country’s disputed election last weekend as well as the outcome of the EU-Ukraine summit held earlier this month.

Source: www.rferl.org
News
UK sanctions Russian airlines to prevent them selling landing slots 19 May 2022
Putin involved in war ‘at level of colonel or brigadier’, say western sources 19 May 2022
Vladimir Putin has said that by abandoning Russian energy supplies, Europe risked paying the most expensive energy prices in the world. 17 May 202217 May 2022
Opinion | How to Reinvigorate NATO and Deter Putin’s Aggression 17 May 202217 May 2022
Brussels plans to help EU countries confiscate assets frozen by sanctions 11 May 202211 May 2022
See all news
Home / News / EU Foreign Ministers Mull Franco-German Proposal To Sanction Russia Over Navalny Poisoning
© 2018-2022 The database “PUTIN'S LIST”