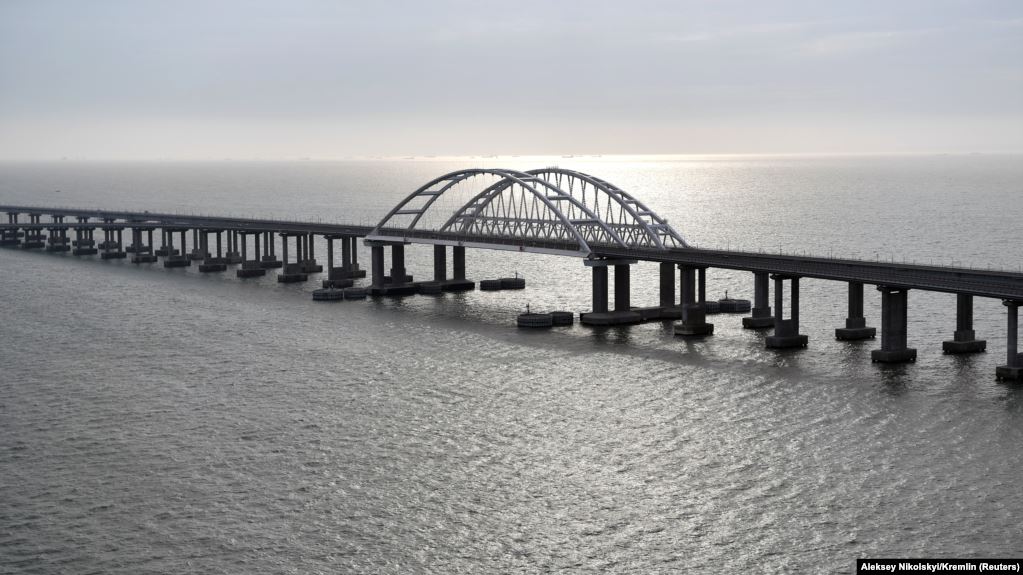 The European Union on October 1 announced asset freezes on four companies and two individuals responsible for the construction of the Kerch Strait railway bridge.

Ganov is the director of the JSC TC Grand Service Express, which operates the railway service between Russia and Crimea, and Ryzhenkin is the deputy director for infrastructure projects at Stroigazmontazh, the firm that supervised the construction of the bridge.

The following entities will have their EU assets frozen: Crimea Railway, the owner and operator of the railway tracks on the bridge; the First Crimean Insurance Company, which insured the construction; Lenpromtransproyekt, which designed the railway approaches to the bridge over the Kerch Strait and acted as architectural supervisor during construction, the Berkakit-Tommot-Yakutsk Railway Line’s Construction Directorate, which provided engineering services during the construction.

Railway traffic on the bridge connecting mainland Russia and the Russia-occupied Crimean Peninsula was opened in December 2019.

The railway bridge sits alongside the road bridge that was opened in May 2018.

Shortly after the opening of the road bridge, the European Union slapped asset freezes on six companies involved in its construction: Mostotrest, Stroygazmontazh, its subsidiary Stroygazmontazh Most, as well as the construction firm CJSC VAD, engineering firm GPSM, and the Zaliv Shipyard.

Russia occupied and forcibly seized Crimea from Ukraine in March 2014.