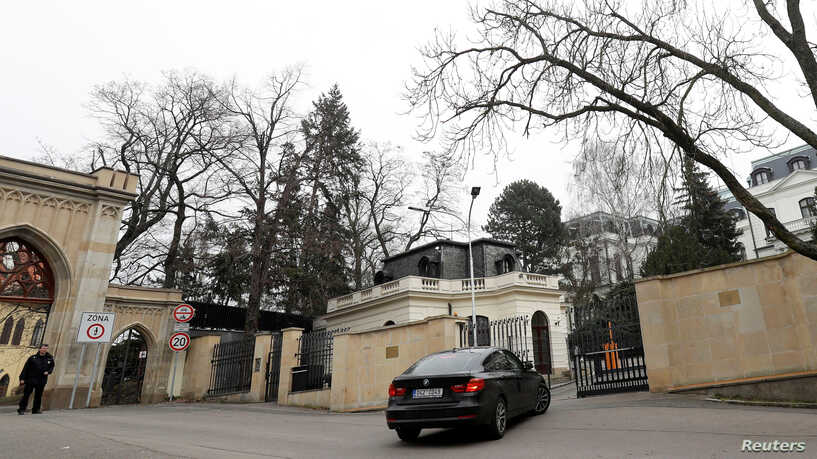 Prague is expected to rename a square where the Russian Embassy is located after slain Russian opposition politician Boris Nemtsov.

Czech media reported Friday that the Prague city council could vote on the measure later this month and Pod Kastany Square could be officially renamed on February 27 — the fifth anniversary of Nemtsov’s killing.

The major parties represented in the Prague city council have voiced support for the move.

In February 2018, Boris Nemtsov Plaza was officially unveiled outside the Russian Embassy in Washington, followed by a similar move in the Lithuanian capital, Vilnius.

The renaming of the squares triggered criticism from Moscow.

А former deputy prime minister under President Boris Yeltsin, Nemtsov was an outspoken critic of President Vladimir Putin, and had sought to build a viable opposition movement. He was gunned down on a bridge near the Kremlin in February 2015.

In July 2017, a Moscow court found five men from Russia’s North Caucasus region of Chechnya guilty of Nemtsov’s murder and sentenced them to lengthy prison terms.

But Nemtsov’s relatives and associates believe his killing was ordered at a higher level, and say justice will not be served until the person or people behind it are identified and prosecuted.

Based on reporting by AFP and Aktualne.cz.