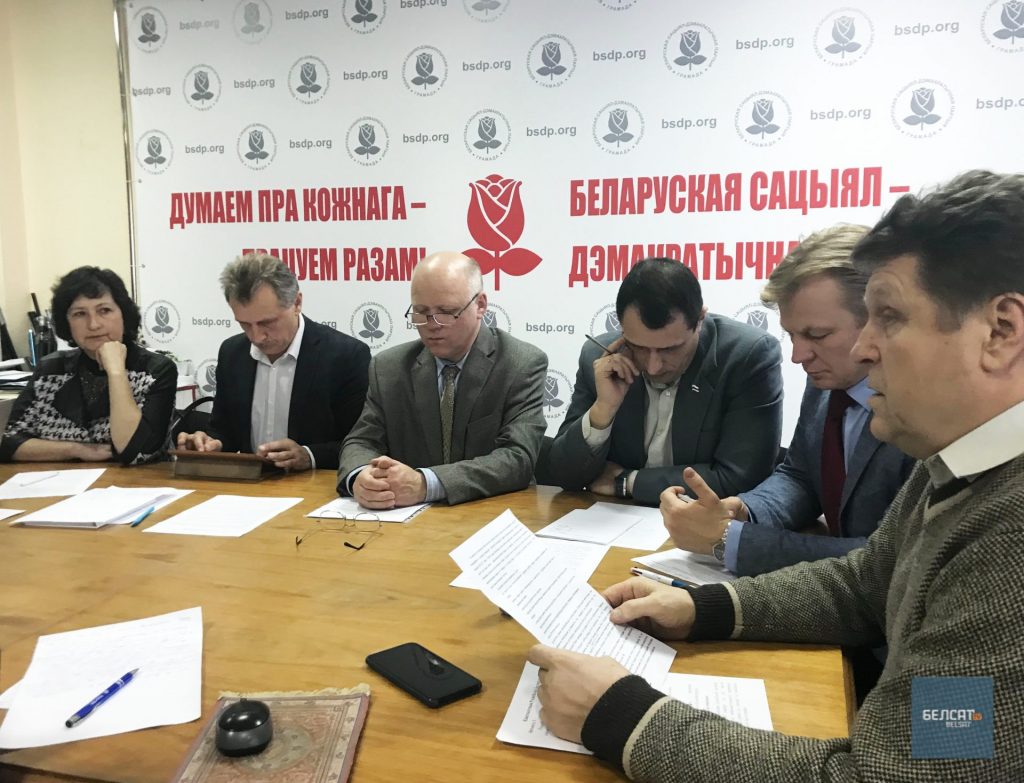 During today’s press conference, opposition political parties and movements appealed to the Russian public calling for ‘solidarity in defense of the independence of Belarus’.

“Now the Kremlin is pursuing their imperial plans towards Belarus; they want to make a mischief between the Belarusians and the Russians. Belarus’ accession to the Russian Federation will inevitably result in Russia’s further isolating on the international arena as an aggressor country, which will hit the well-being of ordinary Russians again,” the document reads.

Belarusian oppositionists expressed their gratitude to those who took part in anti-integration pickets in Moscow and st.Petersburg and urged them to continueprotesting.

“We call on you not to entrench on another country’sindependence; instead, let’s fight for the establishment of democracy in our countries together,” the authors added.

The appeal be published in social networks and sent to some Russian opposition politicians, UCP leader Anatol Lyabedzka told Belsat.

Politician Vital Rymasheuski asked Belarusian not to use slogans insulting the Russians at the future protests stressing that the Russian society differs from the Russian government.