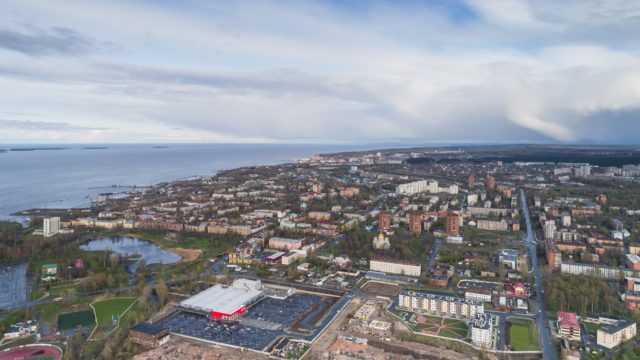 Since President Vladimir Putin invaded Ukraine in 2014 and relations between the Russian Federation and the outside world deteriorated, all federal subjects of that country have turned away from Europe, breaking many of the ties and hopes for more that had begun to emerge after the fall of the Iron Curtain. But this process has been far from uniform. Some Russian regions and republics, especially in the interior, had not made much progress in expanding links with the outside world or developed hopes that such cooperation would lead to real changes in their lives. Consequently, for them, the new break with the West was not especially traumatic. But others, especially those in border areas, had developed more trans-border ties and more hopes; and their turn has been far more radical, often forced by Kremlin-installed leaders who, taking their orders from Moscow, took positions “more Orthodox than the patriarch.” As a result, many of them saw their hopes shattered. None has suffered more in this regard than Karelia, whose titular nationality is a Finnic ethnic group that speaks a language many linguists consider a dialect of Finnish. Karelia has the longest border with the West of any Russian federal subject and is a place that both the European Union and the Karelians themselves long hoped would become a model of trans-border cooperation following the development of a Euroregion linking together that republic and neighboring Finland.

In a commentary for the Severreal portal, Gleb Yarovoy, a Karelian historian now living in Finland, traces this break and its “bitter” consequences. These have included the dashing of hopes just five years ago that Karelia could implement a visa-free regime with Finland, that its roads up to the border would improve, and that its standard of living would go up (Severreal, October 13). In May 2014, he recounts, Karelia and Finland in fact signed an agreement committing to all those things by 2020 (Economy.karelia.ru, May 20. 2014). But none of these are now expected to happen. And that development has created a yawning gap between hopes and reality greater perhaps than in any other part of the Russian Federation.

Not only have Karelians become poorer—every sixth resident lives in poverty, according to official figures—but the republic has fallen much further behind Finland than it was five years ago. In 2014, Yarovoy reports, the average income in Finland was 3.3 times that in Karelia; now, it is 8.5 times higher. And foreign investment in the republic and foreign travel by its residents have not materialized at all (Severreal, October 13).

This shift has involved not simply the collapse of cross-border trade but also the building of Russian military facilities and naval bases instead. Indeed, Valery Potashov, a Karelian commentator, argues that the current situation, which is marked by “military bases instead of free trade,” represents “a new Ice Age.” And it is a factor that peoples on both sides of the border and further afield are unlikely to recover from anytime soon, Potashov writes (Region.expert, October 30).

Karelia’s economic “divorce” from the nearby Nordic countries of Finland and Norway, which Yarovoy and Potashov lament has been intensified by a Russian military buildup in the region, reflects the confluence of three ostensibly disparate trends: Moscow’s efforts to counter what it sees as a threat from North Atlantic Treaty Organization (NATO) forces, the Kremlin’s desire to control the entrance to the western end of the Northern Sea Route (NSR), and the Russian government’s shift in naval shipbuilding from reliance on large blue-water vessels to smaller ones that Russian commentators often refer to as “mosquitos.”

First of all, NATO has indeed strengthened its forces in the region but only in response to Moscow’s own militarization of the Arctic, a Russian drive that has involved reactivating formerly closed Soviet-era bases and building new ones both in the interior and especially along the sea coast (RT, December 1, 2016; FB, July 12, 2017).

Second, Vladimir Putin has made control of the Northern Sea Route a centerpiece of his agenda, convinced that that route will give him leverage over Europe and China. Thus, he has promoted the development of naval bases especially at the western end of that route so that Moscow can project power and, not incidentally, engage in giant projects out of which government funds can be transferred to the pockets of the Kremlin leader’s supporters (Mnr.gov.ru, March 13, 2019; The Barents Observer, March 18, 2019; Windowoneurasia2.blogspot.com, July 22, 2019; see EDM, September 11, 2018 and December 6, 2018).

And third, the Russian drive to the High North has occurred at a time when Moscow has changed its naval strategy. No longer able to afford the aircraft carriers and large ships of Soviet times and even embarrassed by the disastrous showing of its only remaining aircraft carrier, the ill-fated Kuznetsov (see EDM, October 27, 2016 and June 18, 2019), the Kremlin has decided to build smaller and less expensive vessels to provide coastal defense while controlling the seas near its shores (Svobodnaya Pressa, May 16, 2018; see EDM, May 4, 2017, May 12, 2017, August 2, 2018). This shift has been especially obvious in Russia’s northwest, not only because of its aspirations to control the Northern Sea Route but also to reinforce its claims on large areas of the Arctic Ocean (see October 29, 2019, October 29, 2019). Backing up these claims has required not only more ice-capable ships but also the expansion of new naval facilities to handle them (Icds.ee, September 10, 2018).

As a result, the main driver of growth in Russia’s northwest is no longer the economy but rather the state’s military construction program—something Putin may take pride in but which has a negligible impact on the struggling regional residents’ well-being.