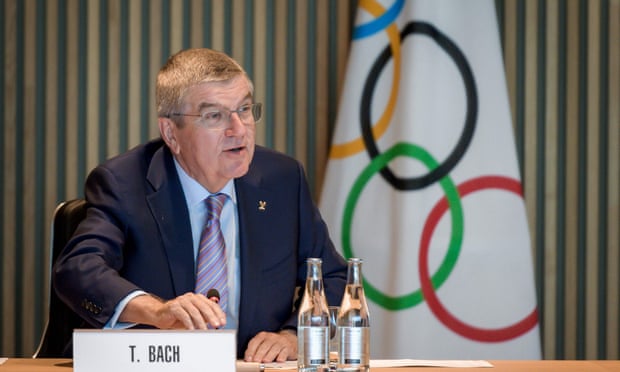 The International Olympic Committee has demanded the “toughest sanctions” against those responsible for deleting Russian doping tests in data handed over to the World Anti-Doping Agency – calling it “an attack on the credibility of sport and an insult to the sporting movement worldwide”. However, the IOC left the door open for Russian athletes to compete at next year’s Tokyo Olympics – provided they can show that they are clean.

That provoked a hostile reaction from the US Anti-Doping Agency chief executive Travis Tygart, who urged Wada to ban all Russian athletes from the 2020 Games after its compliance review committee found that the Moscow lab files, which were handed over to it by the Russians in January, had been manipulated.

“Russia continues to flaunt the world’s anti-doping rules, kick clean athletes in the gut and poke Wada in the eye and get away with it time and time again,” said Tygart. “Wada must stand up to this fraudulent and bullying behaviour as the rules and Olympic values demand.”

Russia was banned from last year’s Pyeongchang Winter Games as punishment for state-sponsored doping at the 2014 Sochi Olympics but 168 Russian athletes with no history of doping were cleared to compete as neutrals – a situation Wada’s compliance committee said may be repeated at Tokyo.

Tygart warned: “The response is inadequate, especially given the deceit perpetuated by the Russian sport system which is controlled by the government. Wada must get tougher and impose the full restriction on Russian athlete participation in the Olympics that the rules allow.”

The IOC maintains that “natural justice” requires them to punish any perpetrators but allow clean Russian athletes to compete. It also says there was no evidence that Russian Olympic Committee members were implicated in the “flagrant” manipulation of the Moscow lab data.

But the IOC was accused of being soft on Russia by lawyers for the whistleblower Grigory Rodchenkov, who used to run the Moscow anti-doping laboratory before fleeing the country. “The Russian gangster state continues to deploy a predictable and deplorable policy of deception, evidence tampering and lying to cover up its crimes,” they said.

“The Kremlin must think the people of the world are idiots to believe this shameless and transparent stunt. Wada should be applauded for revealing Russia’s latest crime, but if the IOC and the international sports regulatory framework gives Russia yet another free pass, other countries will simply follow in their footsteps.”