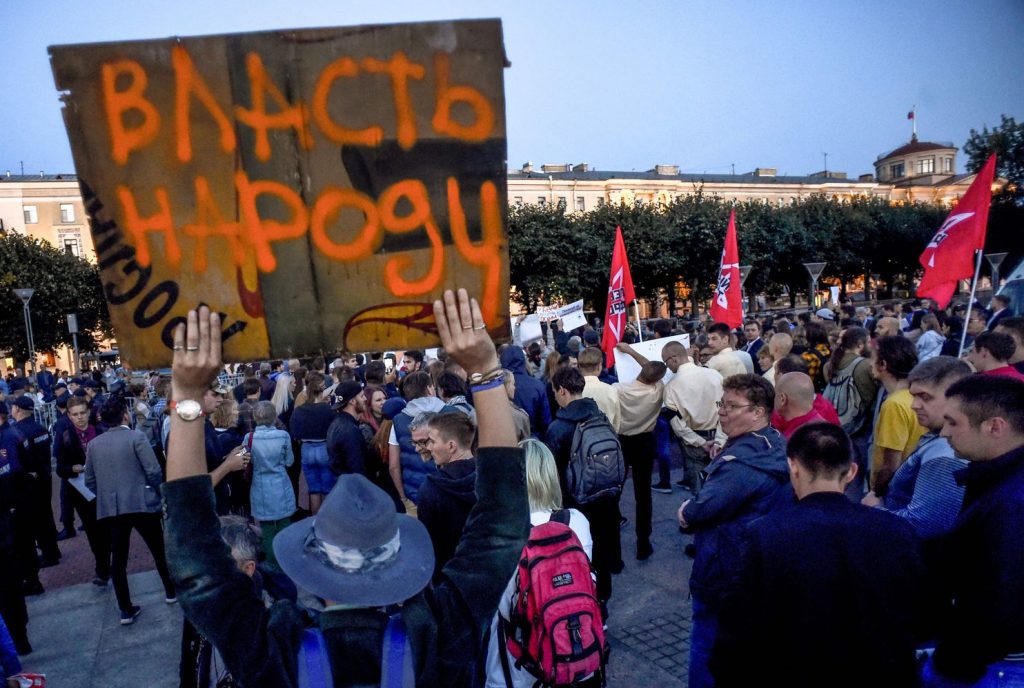 Over the past decade, Russian civil society has awakened at an incredible pace. In the 2000s, when I first started participating in a movement to protect Khimki Forest, a green space in a northwestern suburb of Moscow, it was almost impossible to find other grass-roots groups. Activism was rare, and activists were viewed as crazy — an attitude that no doubt stemmed from the rampant repression found in the country’s Soviet past.

Today, the reality is very different. Take, for example, the recent protests in Moscow that have drawn thousands to the streets demanding that independent candidates be allowed to run in local elections. Such a protest would have been unimaginable a decade ago. But now, people no longer trust the authorities, and instead of simply demanding change, would rather take control and become elected officials themselves. This is a fundamentally new stage in the development of Russian civil society — one that promises much for the future.

But it’s not just political protests that are on the rise across Russia; there’s also been a marked increase in grass-roots activism. Since 2014, some colleagues and I have kept an online media resource to support grass-roots campaigns. If you open our website, activatica.org, you’ll see a map of Russia with hundreds of points. Each of these points represents a different civic action campaign, showing how more and more Russians are participating in activism — often at a local level. These campaigns may not receive as much international media attention, but they are laying the foundations for sustained, consequential civic engagement.

The emergence of grass-roots protests began in 2010. That year, as devastating forest fires blazed near Moscow and in many other regions of Russia, the authorities largely ignored the problem, forcing people to try and combat fires on their own. At the same time, construction workers began to cut down trees in Khimki Forest to build a highway between Moscow and St. Petersburg. But grass-roots activists and opposition leaders mobilized, gathering more than 5,000 people for a demonstration. President Dmitry Medvedev temporarily halted the construction, and people realized that the authorities can and should listen to citizens.

Since then, the trend has only continued. For example, just this summer, citizen activism won an important victory in Ekaterinburg. There, local officials and leaders of the Russian Orthodox Church, which has close ties to President Vladimir Putin’s regime, tried to build a church on a city square that was one of the city’s few green spaces. Thousands of indignant people came to the defense of the square and did not back down despite police brutality. The ensuing scandal was even covered by international media, and eventually the authorities conceded.

Another impressive victory is the story of the “Suna partisans.” In 2016 in Karelia, a region in northwest Russia, a company was given permission by authorities to cut down the Sunsky forest to build a quarry mining project. The local villagers, by and large elderly pensioners, occupied the forest day and night, sleeping in tents even in the winter. Once again, their protest attracted so much attention that the authorities were forced to cancel the project.

Then there was the success of a labor union strike in Okulovka this year. After the “Doctors Alliance” trade union helped medical professionals organize a strike over low wages, the doctors won a twofold increase in their salaries. Their victory inspired local teachers to create a similar “Teachers Alliance” trade union, setting the stage for more activism in the future.

And in 2017, Moscow officials decided to replace five-story apartment buildings with lucrative skyscrapers. Many homeowners disagreed with the decision and organized mass demonstrations, saving a third of the houses from demolition. But the most important outcome was forcing authorities to amend a law that would have allowed evictions the demolition with minimal resident input.

What has changed to make protests like these more common — and more effective? Ironically, increasing grass-roots activity in Russia can in part be credited to the local authorities, who continue to make misguided decisions and fail to prioritize citizens’ well-being. But as protests and strikes continue to spring up across the country, they are also proving to Russians that activism can empower, unify and ultimately succeed.

Of course, the cost of protest in Russia is still very high. State institutions — from the prosecutor’s offices to the police to the courts — operate under the control of the government, and activists face persecution, harassment and even jail time for their work. But recent campaigns have changed the way citizens look at activism. Citizens are increasingly skeptical of the regime’s propaganda and have started to understand the need for democratic change. A change in consciousness entails a change in society.

I do not know if or when Putin’s regime will fall. But in the event that it does, I have faith that grass-roots activism has built enough of a strong foundation to help Russia become a fully functioning democracy.

washingtonpost.com
News
UK sanctions Russian airlines to prevent them selling landing slots 19 May 2022
Putin involved in war ‘at level of colonel or brigadier’, say western sources 19 May 2022
Vladimir Putin has said that by abandoning Russian energy supplies, Europe risked paying the most expensive energy prices in the world. 17 May 202217 May 2022
Opinion | How to Reinvigorate NATO and Deter Putin’s Aggression 17 May 202217 May 2022
Brussels plans to help EU countries confiscate assets frozen by sanctions 11 May 202211 May 2022
See all news
Home / News / Russia is a land of protests and activism. Really.
© 2018-2022 The database “PUTIN'S LIST”