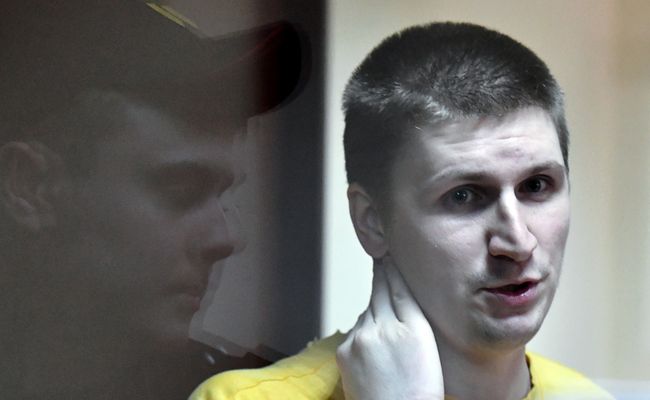 Moscow’s Presensky District Court has sentenced Vladislav Sinitsa to five years in prison because of a tweet. The blogger was convicted of extremism with the threat of deadly violence for what officials say was a call for reprisal attacks against the children of law-enforcement officers.

In an online argument about the need for police officers to show their faces and badge numbers at public assemblies, Sinitsa tweeted: “[People] will look through their happy family photos, study the geolocations, and then one day the valiant police officer’s kid just won’t come home from school, and instead they’ll get a CD in the mail with a snuff video.” Arrested on August 3, Sinitisa acknowledges that he wrote the tweet, but he denies any wrongdoing. He insists that he wasn’t threatening anyone, and says he was merely discussing the possible repercussions of anonymity for police officers.

Sinitisa’s trial was over in a single day. During the proceedings, the state prosecutor asked him why he’d talked about “the need to abduct children.” “I never said anything about a need to abduct children,” Sinitisa responded. In oral arguments, the prosecution requested a six-year prison sentence — the maximum punishment provided by Russia’s Criminal Code on extremism.

According to the website Mediazona, the evidence used to establish that Sinitisa’s tweet was extremist included testimony from a translator and foreign-language instructor and a mathematics teacher — neither of whom have any specialized philological training. Judge Ekaterina Kirichenko determined that these two specialists were nonetheless “qualified and experienced,” and she agreed to admit their findings. When announcing her verdict, Judge Kirichenko also ordered the state to confiscate “the instrument of Sinitisa’s crime” — his white iPhone.