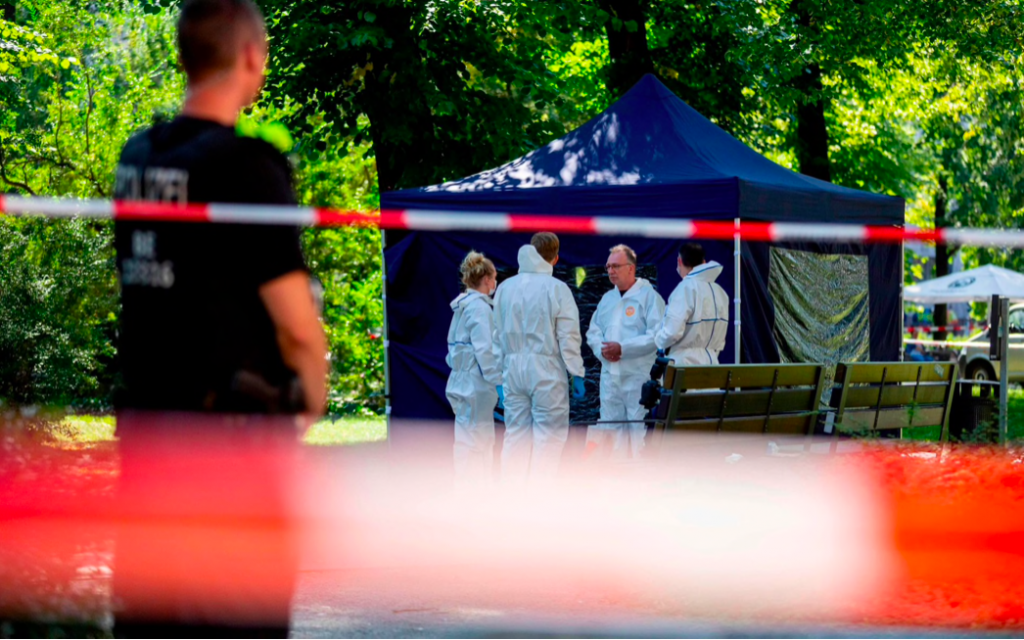 Authorities in Germany reportedly believe they may be dealing with a “second Skripal case” after a man was shot dead in broad daylight in a Berlin park.

A 49-year-old Russian man has been arrested on suspicion of murder over the incident, which was described by witnesses as an “execution-style killing”.

The victim has been identified as Zelimkhan Khangoshvili, a 40-year-old Georgian Muslim who fought against Russia in the Second Chechen War and had links with Georgian intelligence.

Kangoshvili fled to Germany after surviving a previous assassination attempt in Georgia in 2015.

He was shot dead on Friday morning while walking through Berlin’s Kleintiergarten park on his way to pray in a local mosque.

Witnesses described how his assailant shot him twice in the head from behind before fleeing on a bicycle.

“There are indications this crime was planned and may have had political motives,” Martin Steltner, a spokesman for Berlin prosecutors said.

Police are believed to be investigating the possibility that Russian intelligence may have been behind the killing.

“If it turns out that a state player like Russia is behind this, we have a second Skripal case on our hands, with everything that entails,” Spiegel magazine quoted an unnamed source in German security circles as saying.

The arrested man has been named in the German press as Vadim S, a 49-year-old Russian citizen from Siberia. He has reportedly denied killing Kangoshvili.

Vadim S arrived in Berlin shortly before the killing and only had a visa to remain in Germany for a few days. That has prompted comparisons with Alexander Petrov and Ruslan Boshirov, the Russian suspects in last year’s poisoning attack on Sergei Skripal, who were only in the UK for 48 hours but claimed they were tourists visiting Salisbury.

After the shooting, it’s claimed thatVadim S was seen by witnesses throwing the murder weapon, a Glock 26 handgun with silencer, into the Spree river together with the bicycle he had fled on, before attempting to escape on a scooter.

Kangoshvili previously survived an assassination attempt in 2015 when his car was riddled with eight bullets in the Georgian capital, Tbilisi.

He initially fled to Ukraine, where he is believed to have worked closely with the authorities against Russian interests.

He applied for asylum in Germany in 2017, claiming his life was in danger. His initial application was rejected but he appealed and the case was unresolved at the time of his death.

He was reportedly investigated but ruled out as a possible Islamist threat by German intelligence. Before fleeing his native Georgia, he is said it have worked with the country’s intelligence services to help prevent local Muslims from joining Isil.